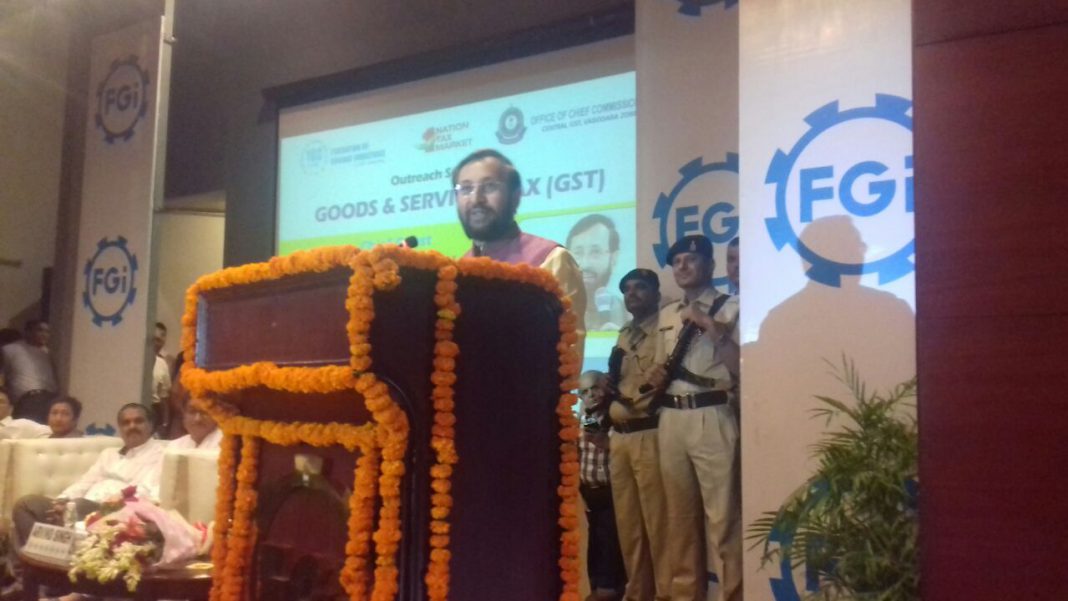 Union minister of Human Resource Development Prakash Javadekar said that GST is new revolution in the country and with this Prime Minister Narendra Modi bring economic unity by this. He said the law in its initial stages is difficult for many but its a new system by which life becomes easy. He also invite the M.S. University to develop a application on GST and also start a course on it. 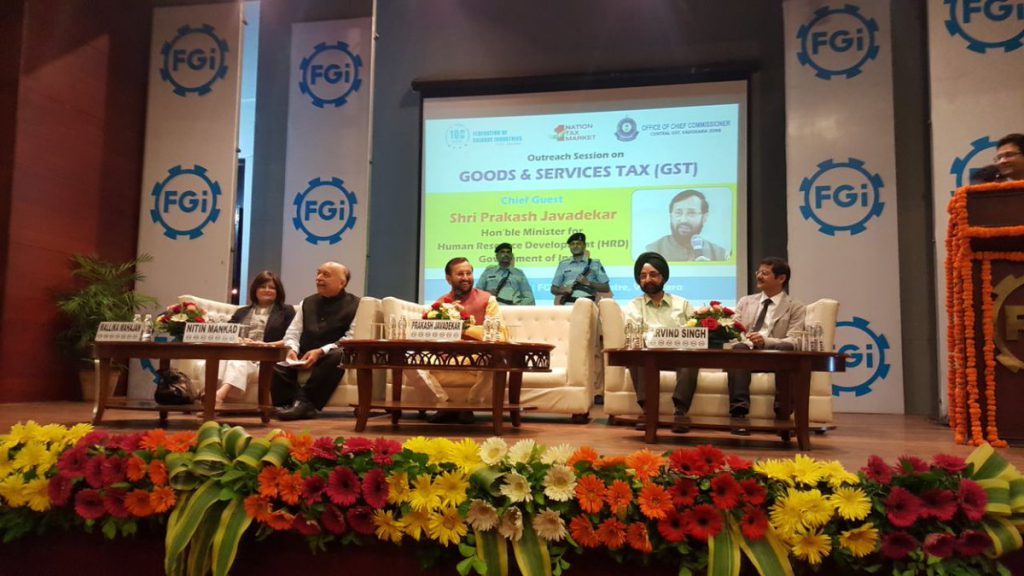 Javadekar is in Vadodara to attend a interactive session on GST at FGI attended by businessmen, associations and others. Speaking on the occasion Javadekar  said that the GST is a revolution and everyone will get benefited with this. On his visit to the cultural city he said that there is very good memories in the past and he always loves to visit here.

“I bow down to the businessmen who are the wealth creators and they gathered for a interaction about the GST. The city is always close to my heart and in our college days we took the inspiration from the 1975 elections here and Nav Nirman Andolan. We are here for Makrand Desai fought from here and he is the one who released my first book,” said Javadekar. 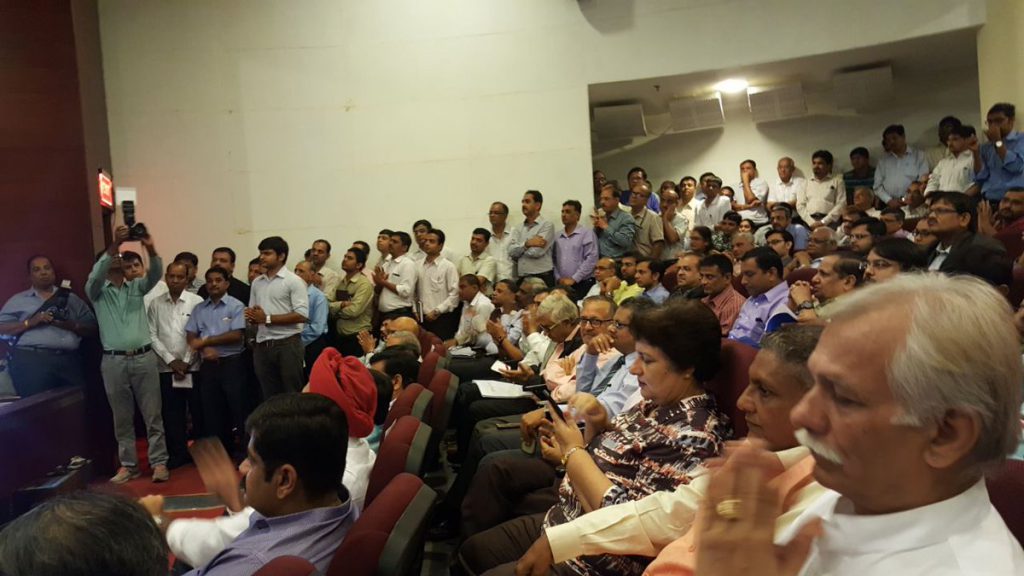 About his views on GST he said its a new revolution in the country and PM Narendra Modi bring economic unity here. “GST is the one law which was passed by everyone unanimously after the collective efforts of state and center. I am in Gujarat today and the state is always very popular in share market and for the first time the sensex crossed 30,000 mark and that’s the sign of GST. 17 taxes and 23 cess waived in the GST and businessmen accepted it gracefully. PM philosophy ‘Khato Nathi ane Khava deto nathi’ is accepted everywhere and GST is also one of them after the demonetisation and other things he implemented. In simple words ease of doing business in GST,” said Javadekar.

He also said that Input Credit and Tax on Tax are new things is in GST and input credit will decrease the price of the final products. He said that people compare the GST with Vat but both are different and its Vat plus. He said the government also gives relief to the people in initial stages and everything will be easy for the people. 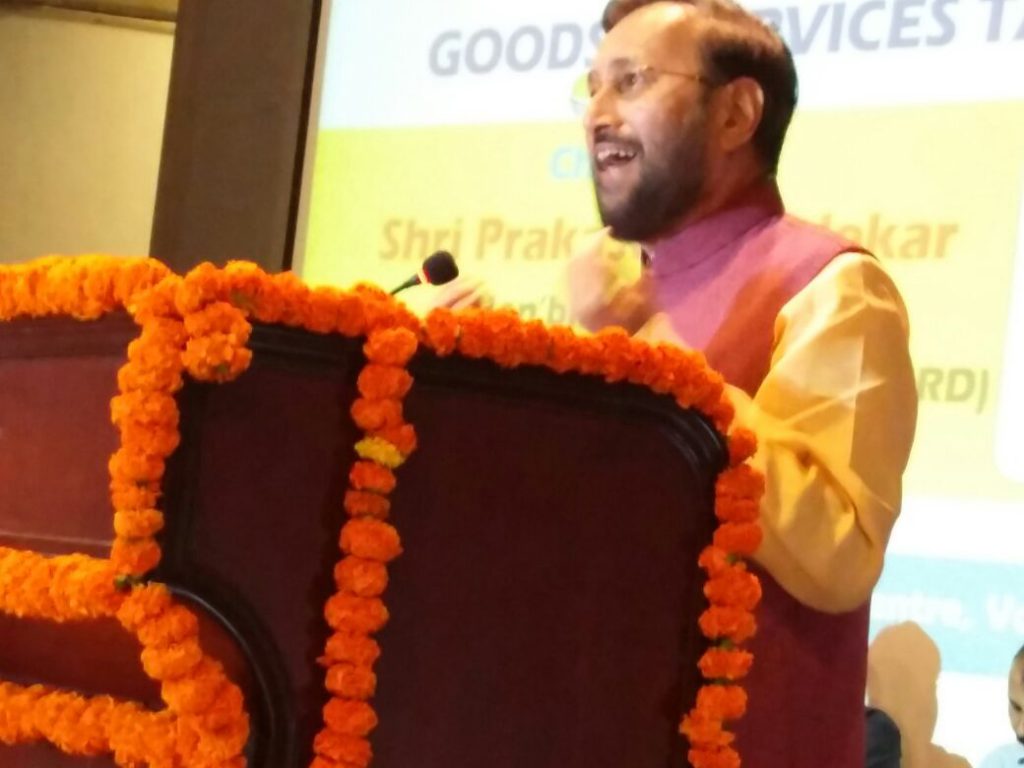 Rakesh Khajuria a educationist present there suggest to start a course on GST and the minister accepted it gracefully. He invited the premier institute of Baroda MS University to develop an application with every details regarding GST and start a course inside the university. He invites MSU to take the initiative.

Later the Minister attended the interaction session with the people present there and some of the interesting questions he answered it gracefully. 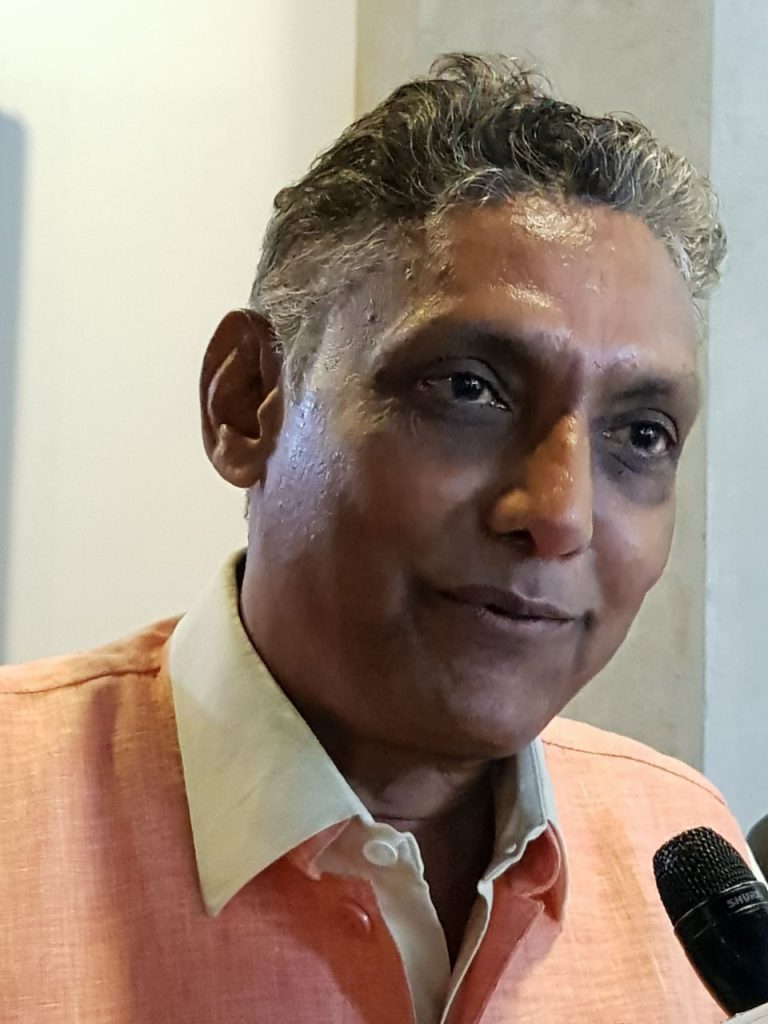 A aggrieved businessman Pravin Badore showed his grief in front of the minister and said after the GST and 28%tax his business suffers badly. He said he is into custard powder business and seasonal one and his customers are larri galla owners but now they refused to purchase item from him and he closed down his business.

The minister assured him to address his query and asked him to give in written and he will forward it. 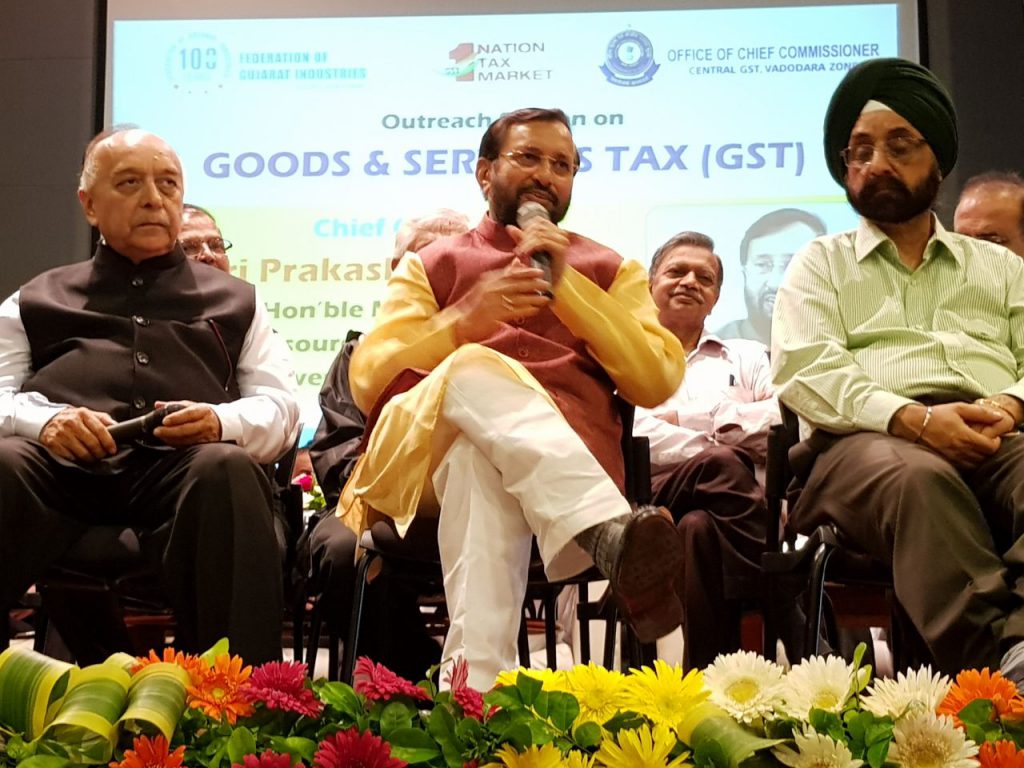 Radheshyam Sawant from Farsan Association said that earlier there was no tax on Farsan but now with 12% tax they suffers a lot. In answer Javadekar  said that the tax is on branded ones and he can send his queries to him.