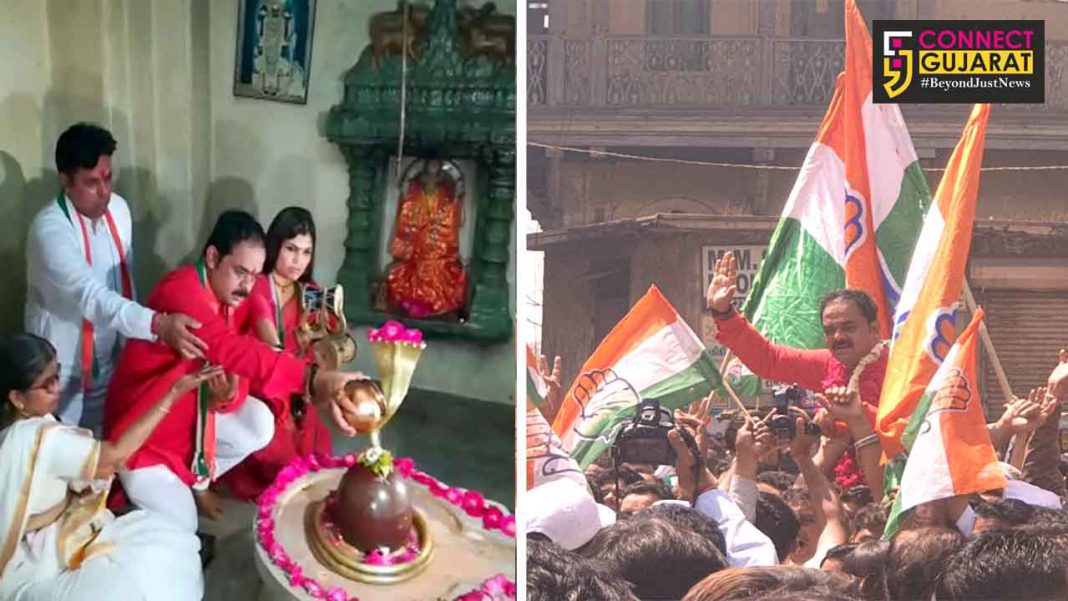 Firmly believe in the party ideology for better opportunities

A unemployed educated youth Ashish Tadvi signed as proposer for Congress candidate Prashant Patel in Vadodara. A national level player and currently pursuing his M.Com says youths like him firmly believe to change the government in order to get better employment opportunities.

Vadodara Congress candidate Prashant Patel files his nomination on Tuesday in form of a big rally of supporters from Jubilee Baug to collector office. He submitted his form to the collector with signatures of three proposers consists of
educated uemployed youth, educated woman advocate and leader of opposition in VMSS.

A resident of Tarsali Ashish Tadvi signed as proposer for Vadodara Congress candidate Prashant Patel hoping for better employment opportunities in change of leadership. Currently pursuing his M. Com Tadvi is also a national hockey player and represent MSU for three years. However he is yet to get any job in sports and education quota. He wish for a change in government and hoping for better employment opportunities for the unemployed youths like him.