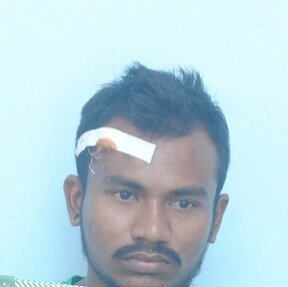 A undertrial served jail term in Vadodara central jail escaped from SSG hospital OPD on Thursday after pushing the constable. He was brought for checkup here by the police and fled from there after seeking a chance. Police issued the alert and launched a manhunt to man him.

As per the details Bapod police arrested Priyakant alias Bhaylu Kishor Solanki on 2nd May 2017 in murder matter. The accused was send to jail by the court and served the jail term as undertrail.

On Thursday he was brought to the SSG hospital for treatment and taken straight to the OPD. However seeking a chance he pushed the police jawan and fled from there. Police tried to caught him but he managed to escape from there.

As the message spread the Raopura police PCB, SOG and crime branch along with their staff rushed to the spot and begin their search for the accused. Police issued alert in the city and access the CCTV footage to investigate about the spot he fled and if anyone helped him escape. Raopura is further investigating and launched a manhunt to jab him.