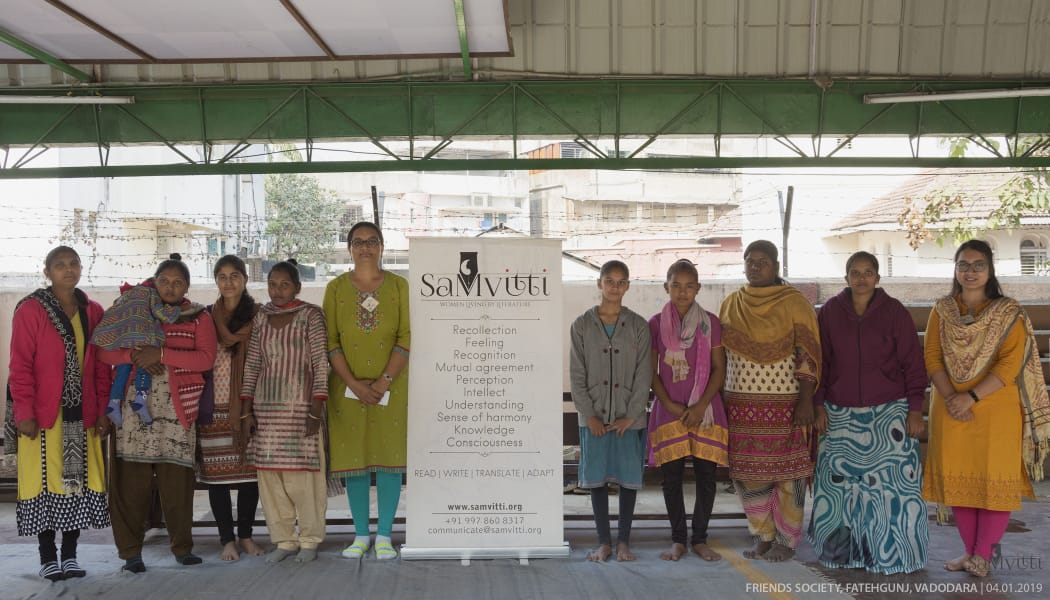 Participants learn and aware about their friendship

For SaMvitti ‘Sharing Story’, SahityaMitra Mital Shah shared a short story by O. Henry ‘After Twenty Years’ with women beneficiaries of the Friends Society in Vadodara. The session started with two poems which makes the participants aware about the friendship.

At that time there used to be a small hotel here and both the friends had sat there for breakfast. That was their final meeting. The next day Bob was leaving for a far-off land where he was going to try his luck and make a handsome earning. During that meeting they had decided to meet again at this very place exactly after twenty years. No matter what the situation!

On listening to this the policeman had doubts whether his friend, after these many years, would have forgotten about their meeting. But, Bob knows that his friend will surely come. While talking, he lights-up an expensive cigar, and in its brightness, the precious rings on his hand shine. The policeman asks Bob how much does he earn to which he replies that he earns enough. While leaving, the policeman asks Bob till how long will he wait for his friend and Bob say that he will wait for another half-an-hour. “Okay, may you have a pleasant night.” saying that he leaves.

After a while, a tall man wearing a long coat approaches him and asks, “Are you Bob?” “Are you Jimmy Wells?” asks the other man. Bob is delighted to see his friend. Both ask each other about their work and family and both walk together out of the lane. Suddenly, on seeing Jimmy’s face, Bob says, that you are not my friend. Twenty years is a long time, but not long enough to change the shape of a man’s nose. So, the other man says that you are right. I am not Jimmy. Since last ten minutes you are under arrest, ‘Mr. Silky Bob’. He then hands over a letter to the perplexed Bob which is from Jimmy. With trembling hands he reads the letter.

“Bob: I was at the place on time. I saw the face of the man wanted by Chicago cops. I didn’t want to arrest you myself. So I went and got another cop and sent him to do the job. – JIMMY.”

At the end of the session, participants shared about their friends and their experiences with them. One of the participant Kirti Sachihar said “The story was good. I liked that both friends were friends in true sense. Policeman was on duty but he did not arrest his friend neither he let him go. He sent his colleague to arrest his friend.”