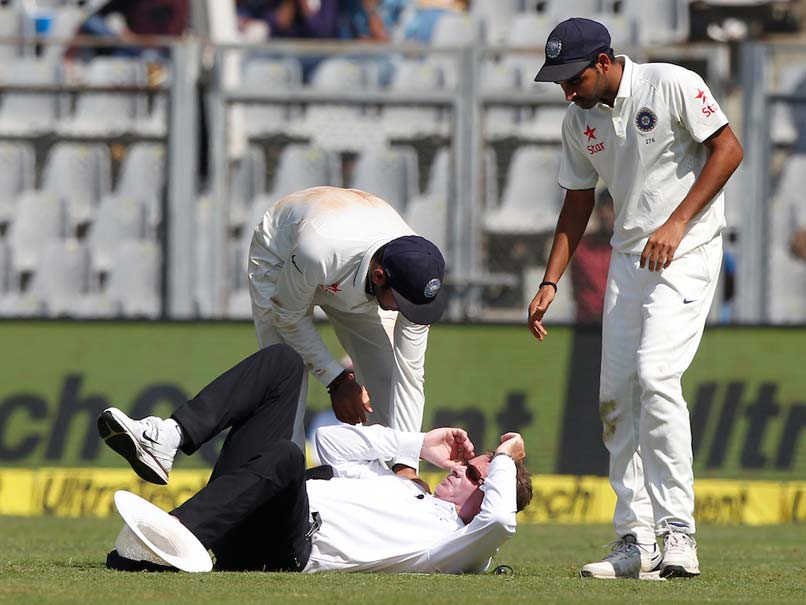 Umpire Paul Reiffel was hospitalised for a scan after being hit on the back of his head by a throw from the deep during the first day of the fourth cricket Test between India and England here on Thursday.

Reiffel, former Australia pacer, collapsed on the ground after being hit by a throw from India pacer Bhuvneshwar Kumar who was fielding at deep square leg.

He received medical attention on the field initially and later in the dressing room.

The incident happened in the post-lunch session. Reiffel was positioned a the square-leg when Bhuvneshwar’s throw, aimed at Cheteshwar Pujara, hit him midway.