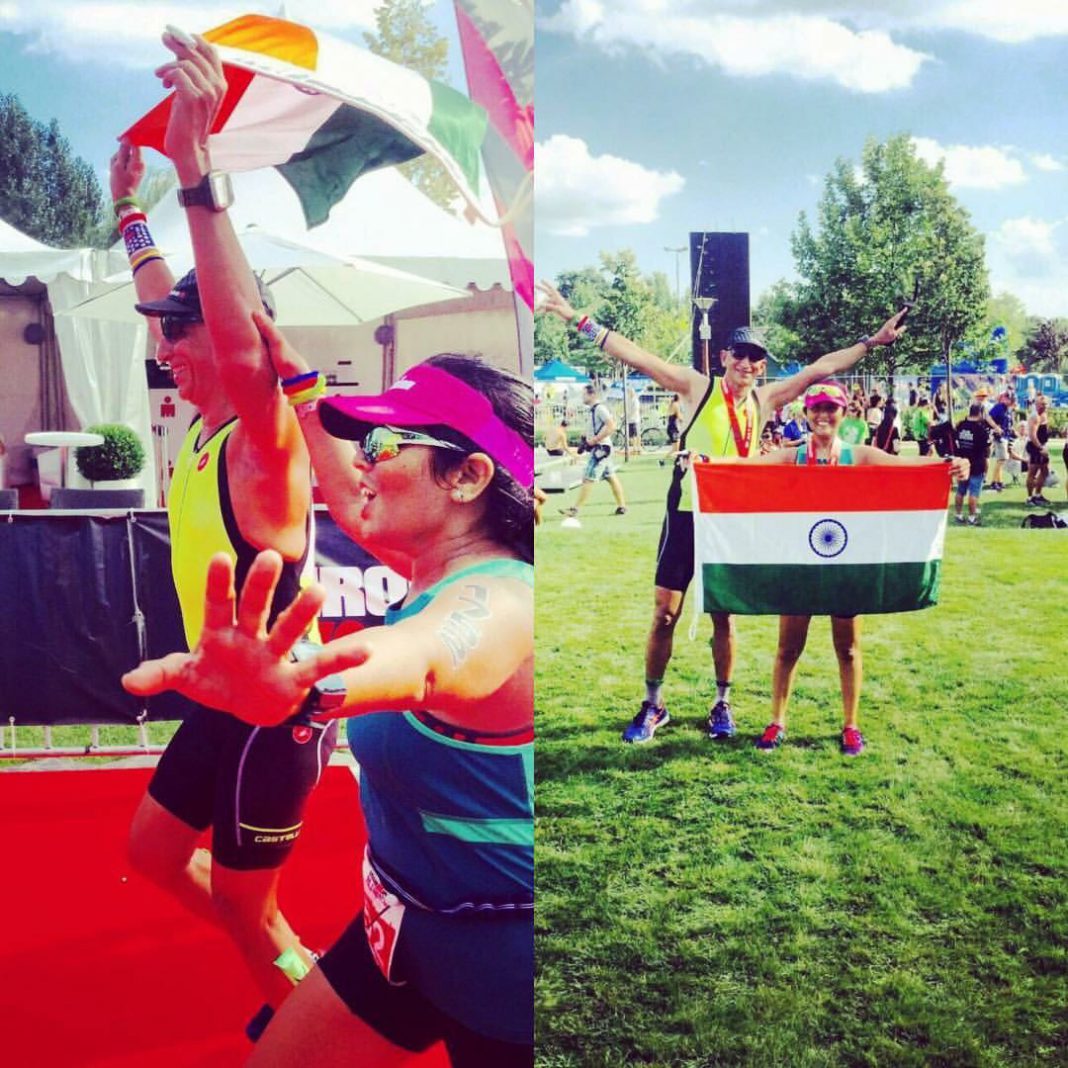 Iron man challenge is something not designed for the weak since the amount of challenge that is there not everyone can take it . Two women from Vadodara accepted the challenge and completed the Iron Man 70.3 in record time and became the only one from Gujarat to achieve the feat.

Coming from different professions both of them took out time from their busy schedules for the challenge and became role models for all the women who put excuses to stay fit.

Dr. Preeti Kamat and Vandana Parekh are the two women who  finished the Iron Man 70.3 and are  proud to be its finisher. The event is a Triathlon which consists of running, swimming and cycling . Every year competitors from all across the world take part in it.

Dr. Preeti Kamat the first woman to take part in the Iron man is mother of two and probably 1st one from Baroda and Gujarat to accept the challenge. Being a doctor she took out time from her busy schedule to practice for the competition.

“I am running Marathons for the last 10 years and took the Iron Man as a challenge. One Kimberly Shah married to a Gujarati introduced the Triathlon in Ahmedabad. From there I make up my mind to challenge the limits and take part in one of the toughest competition. I trained hard under Kaustubh Radkar called as Iron Man of India and complete the 70.3 in my first appearance. The idea is to spread the message of staying fit as long as I live,” said Dr. Kamat. She further added that the dream of completing the full Iron Man is still there and one day she will achieve the feat.

While Vandana Parekh a fitness expert and business woman took up the challenge and competed the Iron Man 70.3 in 2017 at Lankavi Malaysia. She finished  it in 6 hours 35 minutes with 1.9 swim, 90kms cycling and 21kms running. Vandana is running marathons since the past Nine years .She has participated at various cities which include mumbai , Surat, Vadodara and has done many ultras which includes THE COMRADES MARATHON which is a 89 km ultra race. In 2015 she was the first woman from Gujarat to have done it.

“Running had become my comfort zone and I wanted to challenge myself with something tougher , that’s when I decided to take up IRON MAN .I took out time from my busy schedule to train myself for the competition. Usually I train at late nights or very early mornings depending on my training schedule thus pushing my limits ahead. . My brother Darshan Parekh is my inspiration and I got trained under Kaustubh Radkar for the Iron Man challenge. After completing the 70.3 I got a new name “LOKHANDI BAIKO” from my running buddies and I wish to complete the full IRON MAN very soon,” said Vandana.

Vandana Parekh continues her fitness practice, proving that determination always trumps hardship. She is a woman who was able to get people to follow her and get inspired.