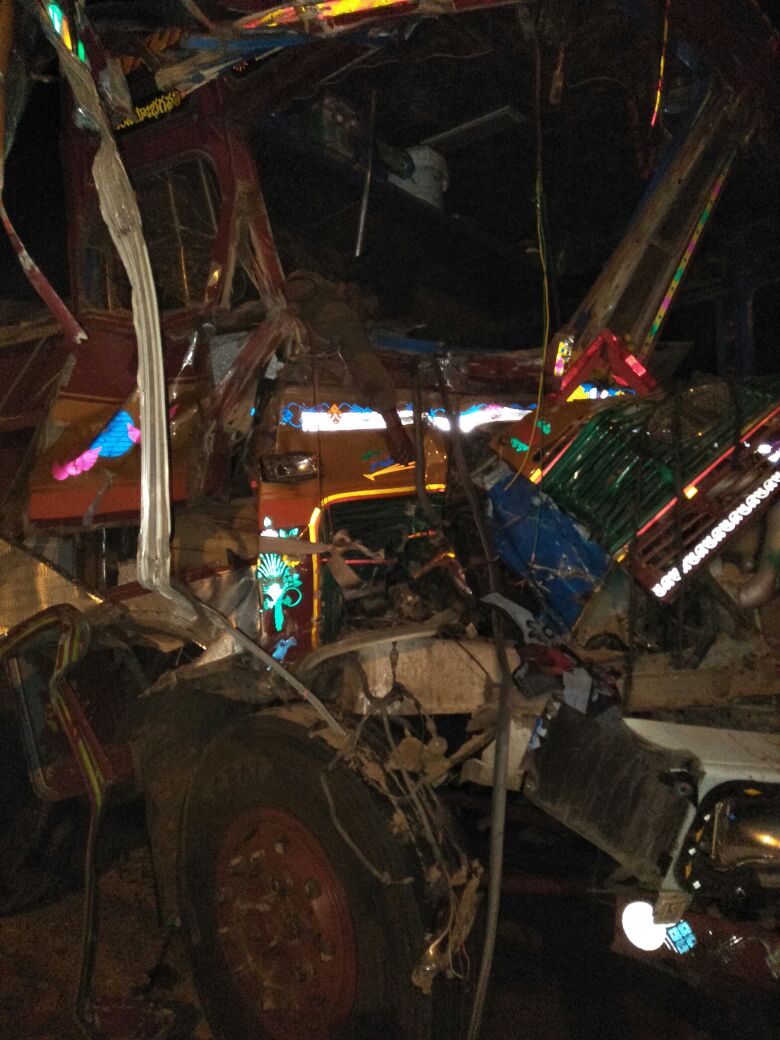 Two truck drivers died after a head on collision of their trucks on Nandesari bridge near Vadodara. The accident happened late night on Wednesday on the bridge resulting in the death of both the drivers stuck inside the cabin.
Traffic was also disrupted due to the accident.

As per the details the two trucks including a sand filled one collided head on the bridge with a big sound. The locals rushed to the site for help and took out both the drivers who were badly stuck inside the cabin and send them to hospital in a ambulance. One of the driver died on the spot while the other one died during treatment at the SSG hospital.

Two truck drivers after head on collision
1 of 13

The traffic was also disrupted due to the accident on the Nandesari bridge.

Nandesari police also reached the spot and then to the hospital to get the details of the drivers. During investigation it was revealed that one of the driver was Kiran Parmar 43 resident of Khambhat and the other Shriramallu Rahiyar 40 from Andhra Pradesh. Police get the mobiles of both the drivers and informed their families who are on the way to Baroda. Police registered the case and further investigating.

Gadkari announces new expressway, Travel from Delhi to Dehradun in 2 hours from 2023