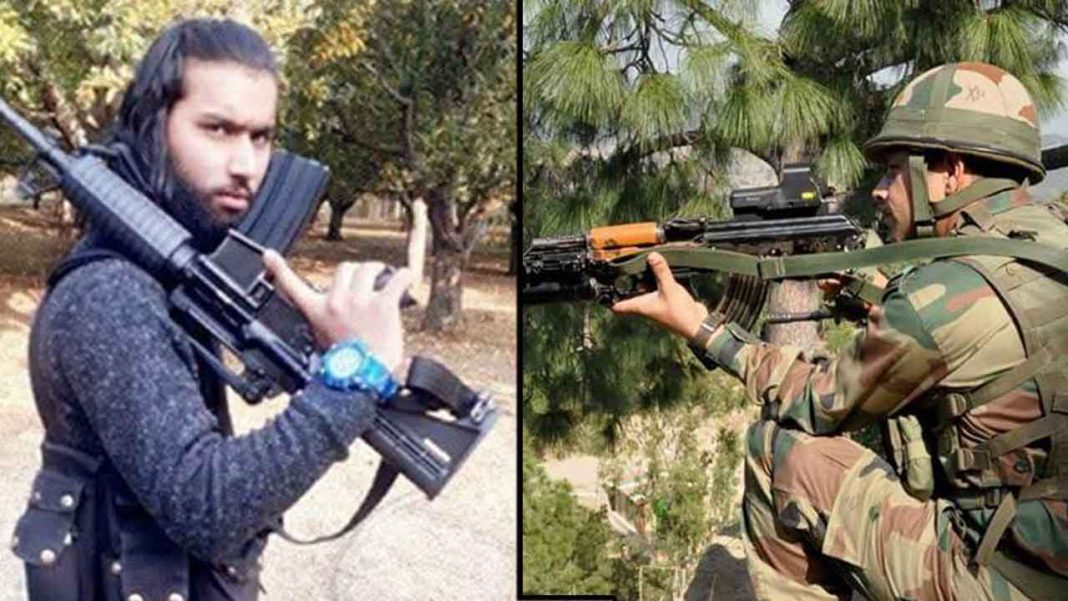 Two Hizbul Mujahideen terrorists were killed in an encounter with security forces in Drabgam area of south Kashmir’s Pulwama district on Monday.

“Sameer Bhat, a resident of Drubgam, and Aquib Khan, a resident of Rajpora area of south Kashmir’s Pulwama district, were eliminated during an encounter today,” a senior police official said.

A civilian was also killed and a over a dozen protesters were injured in clashes with the security forces near the encounter site.

A chronic stonepelter and an Over Ground Worker (OGW) of Hizbul Mujahideen, Sameer Ahmad Bhat alias Sameer Tiger was an A++ category terrorist, the official said.

Tiger was arrested for stonepelting on March 24, 2016, but was released within five days on March 29. Two months after his release, he had joined the Hizbul Mujahideen terror group.

Earlier today, a joint team of Army, SOG and CRPF had launched a cordon and search operation after they received information about the presence of two or three terrorists in the region.

As the the security forces were closing in on their position, the terrorists resorted to indiscriminate firing, a police officer said. In the encounter, two soldiers, including a Major-rank officer, were injured. Both the injured soldiers were evacuated to the Army’s 92 base hospital for treatment.