Two students from St. Kabir School bring laurels to the city and Gujarat 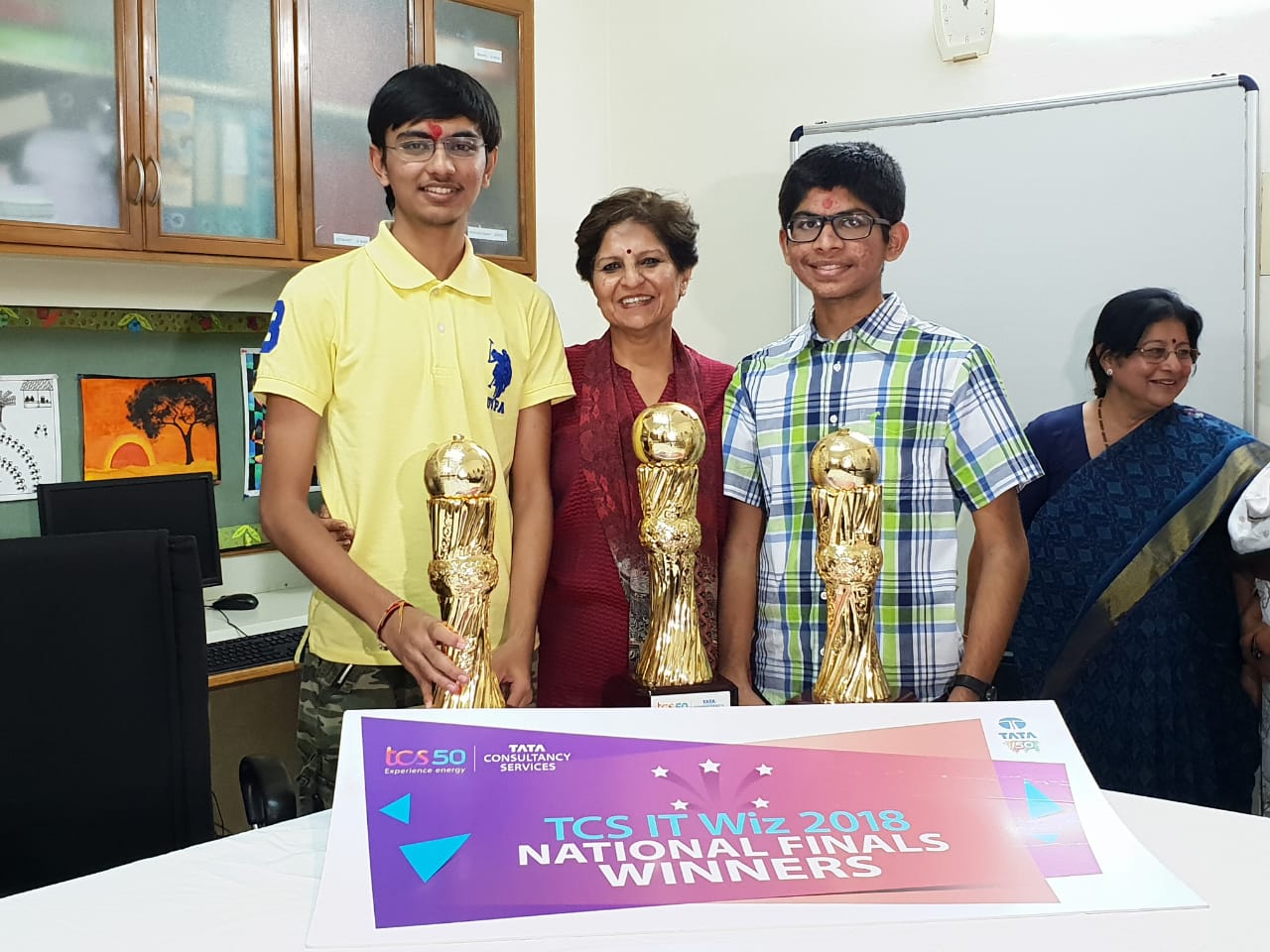 Won the National finals of TCS IT WIZ 2018 held in Mumbai.

Two students from St. Kabir School bring laurels to the city and Gujarat after they won the national finals of TCS IT WIZ 2018 held in Mumbai. They compete with other teams from different zones majority comes from IT hubs and beat them in the five gruelling rounds.

Bhavya Raninga studying in 12th and Nihar Shah a 10th standard student in the school done the impossible with their determination and beat the other teams coming from IT hubs. They first compete with nearly 560 teams in the Zonal rounds where six teams qualify for the semifinals and the team from St. Kabir school qualifies for the nationals.

On 25th November both the boys entered the competition with some fear in mind but finally with their determination comes out as winners and achieve the highest score ever in the history of TCS IT WIZ.

"We compete with the teams from Jamshedpur, Kochi, Bangalore, Nagpur, Chennai considered to be the hub of IT sector. As from Gujarat we somehow hesitate initially as the state lacks in IT sector but later managed to control the proceedings. The other teams played like Virat Kohli but we maintain our cool like Mahendra Singh Dhoni and win the trophy," said Bhavya.

The trophy is special for Bhavya as in the last five times of his appearance in the quiz competition he played with different partners and this time also he chose a different partner in Nirav and finally won the trophy after six years. Earlier the school won the same trophy in 2012.

"We use the internet very well and always keep ourselves updated with the latest trends and innovations in the field. The school support was also very good as they gives us the confidence and also ease our mental pressure through their guidance. We also able to learn some new things in the field of IT like Artificial Intelligence, 3D printing and Internet of Things during this competition," said Nirav the younger of the two.

The students also get the appreciation from the quiz master as well as the CEO of TCS after receiving the winner's trophy. "Giri Balasubhramanium nick name as Pickbrain said our game is like a marathon and the CEO of TCS Rajesh Gopinathan welcome us to the TCS. The comments are really inspiring for us as we comes from the state which lacks in IT. But now the government is doing much in the field and we hope the situation will improve in near future," said Bhavya.

Both the students cut the cake in the school and celebrate the occasion with their teachers, parents and fellow students.