Connect Gujarat
#Beyond Just News
More
Home Gujarat Two riders injured after the construction site crane fell on them in...

Two riders had a close shave in Vadodara after the part of construction site crane fell on them. The injured was rushed to the nearby medical facility for treatment. 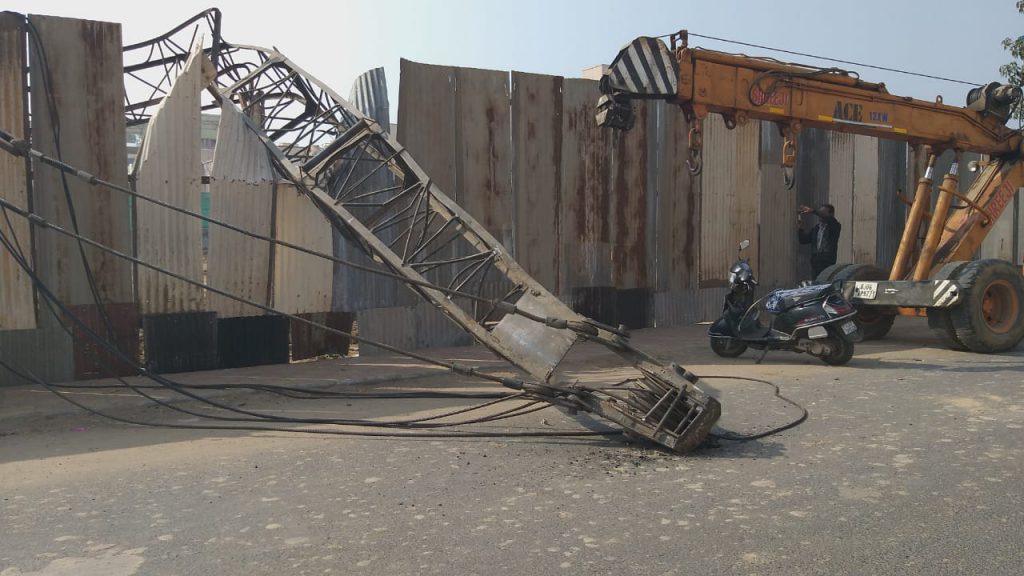 The incident happened at new construction site near Vijay Nagar society at Harni road. The crane was used to dug the soil at the site when the nop of the crane broke and fell on two riders passing from there.

Both the riders including a woman before understand anything lost their balance and fell on the road. The woman escaped with minor injuries but the another Sunil Shah received grevious injury on his back. Both the injured were rushed to a private hospital near Amit Nagar circle.

Locals also rushed to the spot after the incident and show their anger against the negligence of the contractor. Police also reached the spot and began investigating in the matter.