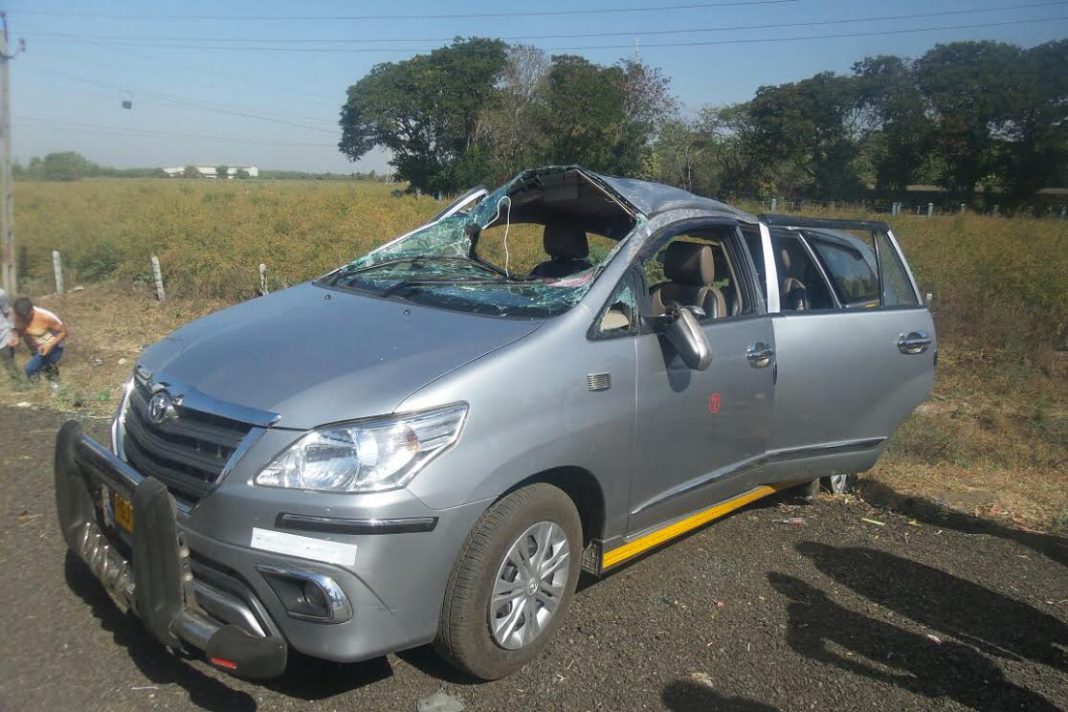 Two persons died including a  NRI and four injured when a ST bus jumped the divider and collided head on with a Innova going for marriage ceremony at Karjan National Highway on Saturday. The injured were shifted to hospital where cricketer Munaf Patel also reached after the news.

As per the information residing in Aman Bungalows in Bharuch nagar and settled in Saudi Arabia Nabin Ibrahim Patel 30 was in Gujarat and on the way to Godhra for his brother wedding. NRI Nabin Patel was in Bharuch to atrend the wedding of his brother scheduled with the girl near to the family of cricketer Munaf Patel. The groom left for his marriage followed by the other members of the family following him in another car to Godhra. NRI Nabin Patel left for Godhra in his friend car along with six other friends.

At around 10 in the morning Manglej Patia near Karjan Highway an ST bus from Garbada towards Surat jumped the divider and came on the wrong side. With this sudden incident the bus collided head on with the in coming Innova. The impact was such that Innova turned turtle.

With this accident the NRI Nabin Patel and his friend from Surat Vaibhav Khanna 24 died on the spot. The four others sitting inside injured and shifted to the hospital. However the two dead was sent to Karjan hospital for postmortem.