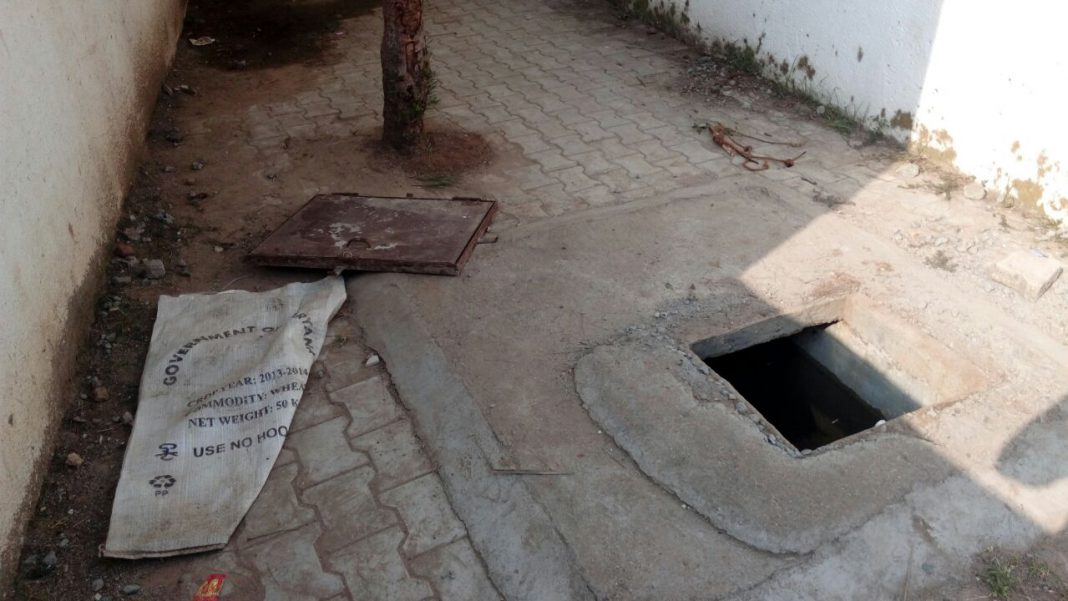 A two year old drowned after he fell inside the underground water tank in VMSS run Anganwadi in Vadodara. The water tank is not covered with the lid which shows the serious negligence on part of the health department under which the Anganwadi comes.

As per the details the two year old was playing inside the Nand Ghar situated in Chanakya Nagri Kalali and fell inside the open underground tank. The anganwadi employees started searching for the boy everywhere and finally found his dead body from inside the tank. The family was shocked to hear the news as the mother of the boy is working as a helper there.

The employees informed the top VMSS officials and they rushed to the spot to take stock of the situation. One of the employees of the Anganwadi on condition of anonymity says that they represent the officials about the lid when Mayor Bharat Dangar came there in the month of August for tree plantation. But none of them give attention to their demands and as a result a two year old lost his life.

Officials from the health department reached the spot and promise to investigate in the matter and take action against the responsible.