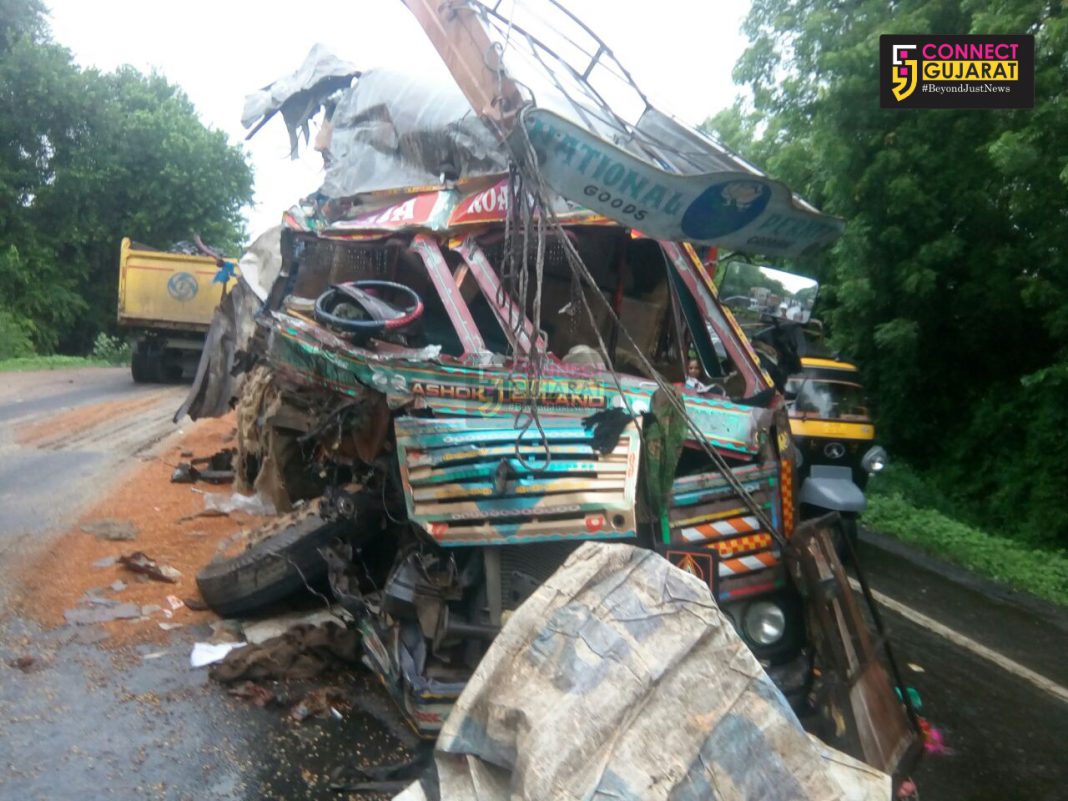 Two persons died in two different accidents in last 24 hours near Vadu village in Padra Taluka. In the first incident Gram laden truck collided with a dumper where the cabin was totally destroyed and the dumper turned turtle inside the storm water drain passing nearby. In the second incident Truck and Trailer collided head on where the truck driver died. 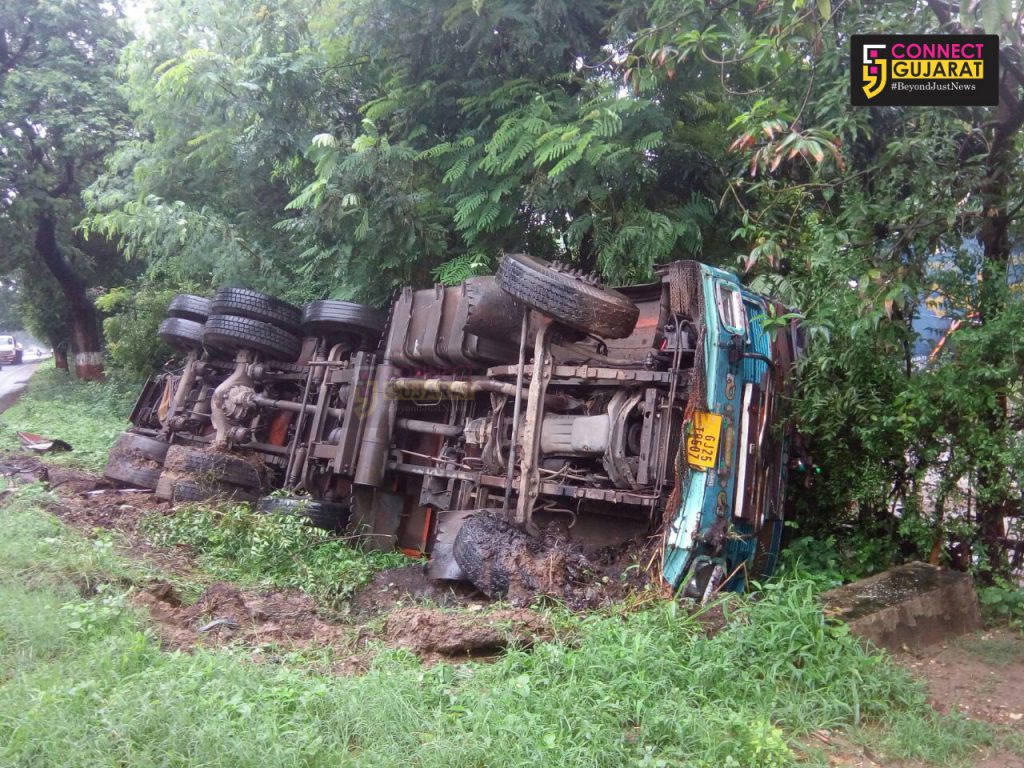 As per be details resident of Mahuva Bhavnagar Salim Faroq was driving the gram laden truck from Selvas towards Bhavnagar. Meanwhile his truck collided with the dumper and the dumper turned upside down Inside the nearby flowing drain and the cabin of the truck was totally destroyed.

Salim died after stuck inside the cabin and the rescuers find it difficult to took out his body. As per the sources the truck driver lost control of the steering and collided with the dumper. 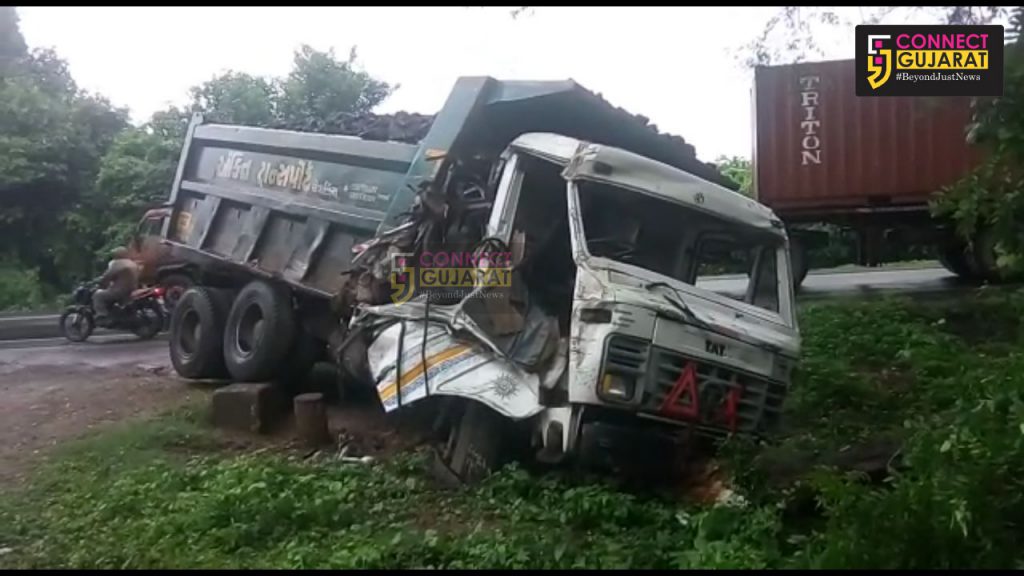 Meanwhile earlier on Friday night near Andharipura village near Vadu a truck and trailer collided with each other and the truck dashed with the tree. However the trailer turned turtles after the collision. In the accident truck driver Bhavesh Koli from Mandel Bhavnagar died on the spot. 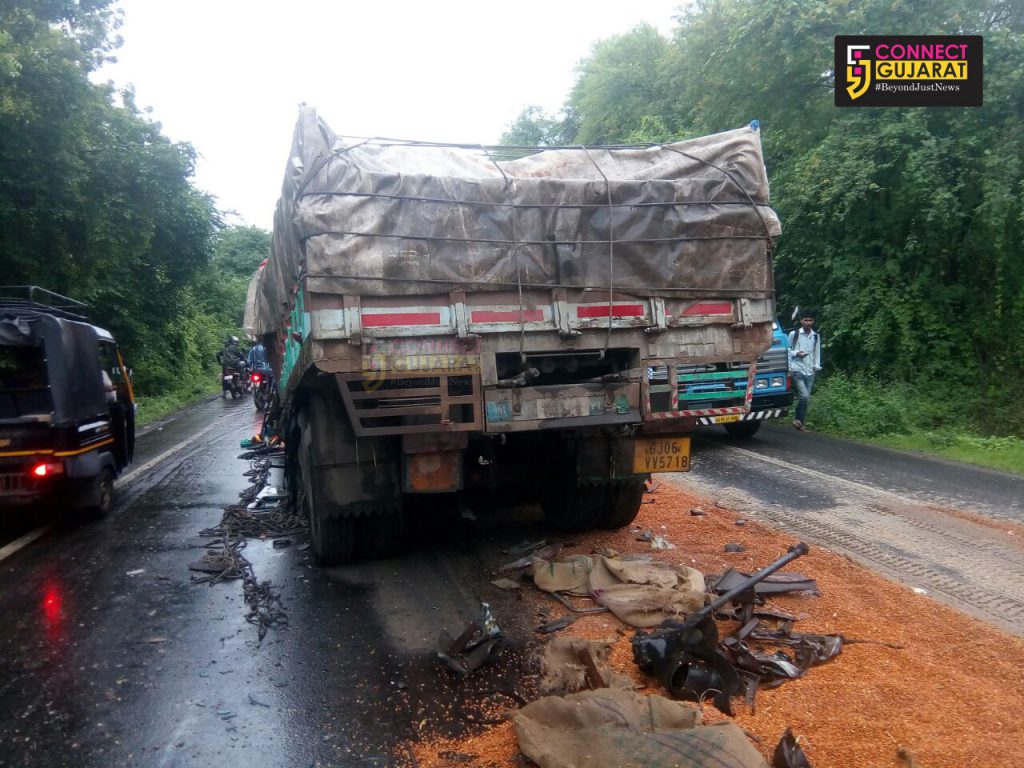 In both the accidents both the truck drivers died and the other two drivers of dumper and trailer recieved injuries and both reffered to the nearby hospitals. Vadu police registered the case and further investigating.