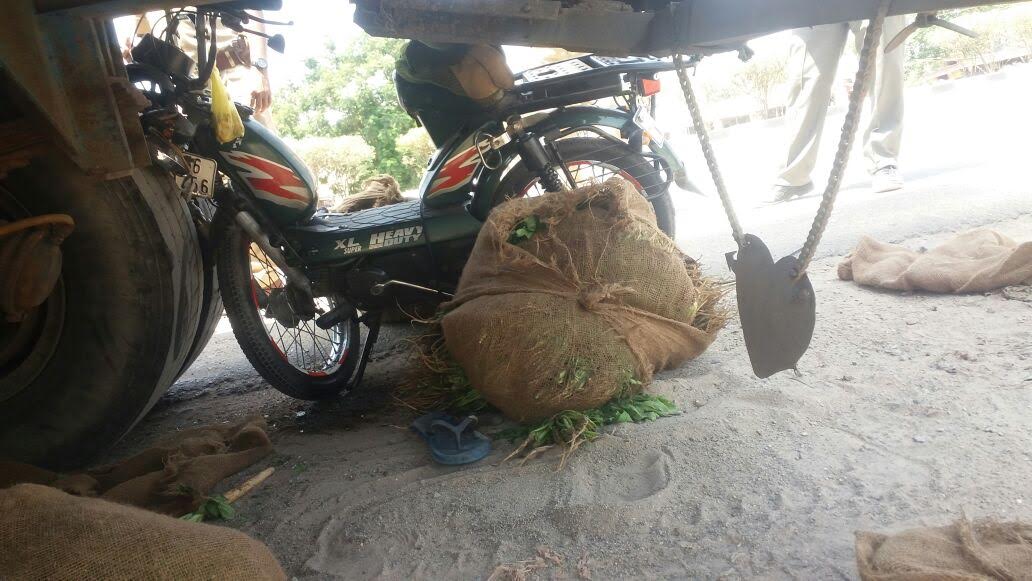 Two persons died after they collided with a parked trailer near Jambuva bridge on NH 8 outskirts of Vadodara. Both died on the spot and police is further investigating in the matter. The trailer was parked on the side of the road when a moped coming from Bharuch dashed with the trailer. The moped was carrying the vegetable vendors and after the accident it stuck inside and so as the rider. Local people immediately rushed to the spot and the police was also informed about the accident. The locals took out the moped driver from inside the trailer before the police reached the spot.