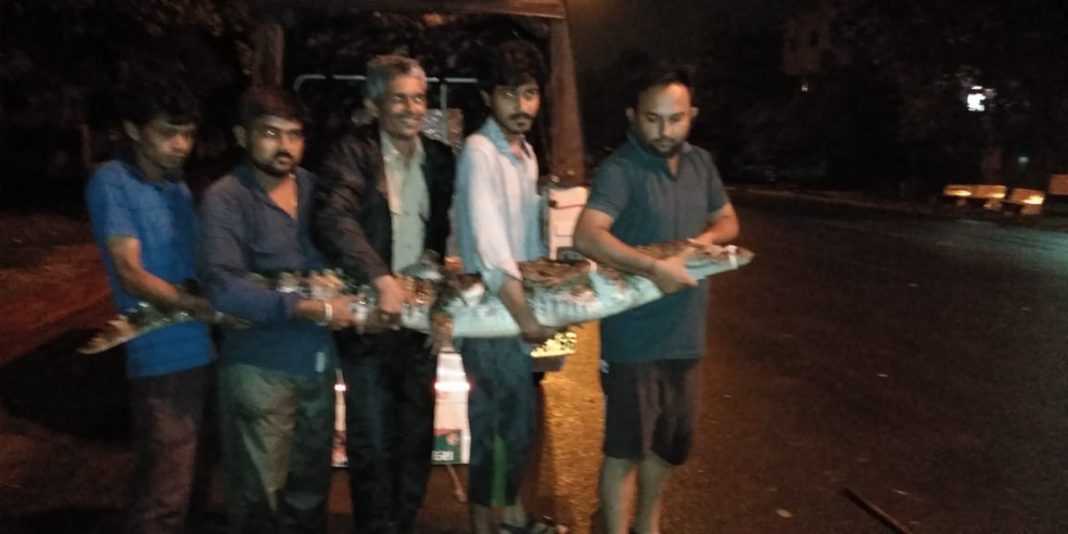 Forest department is on the edge as the cases of crocodiles straying inside residential areas are on the rise during monsoon season in Vadodara. Two such cases were reported in the city where the teams rescued two crocodiles one each from Central Jail and Karelibaug area.

During the onset of monsoon cases of crocodiles straying inside residential areas from their natural habitats is on the rise. On Thursday night forest department received two calls of crocs presence in different areas and rescued them.

At one place they rescued one crocodile from Central Jail area and another one from Dev Darshan society in Karelibaug area of the city. They were later released into their natural habitats by the forest department.