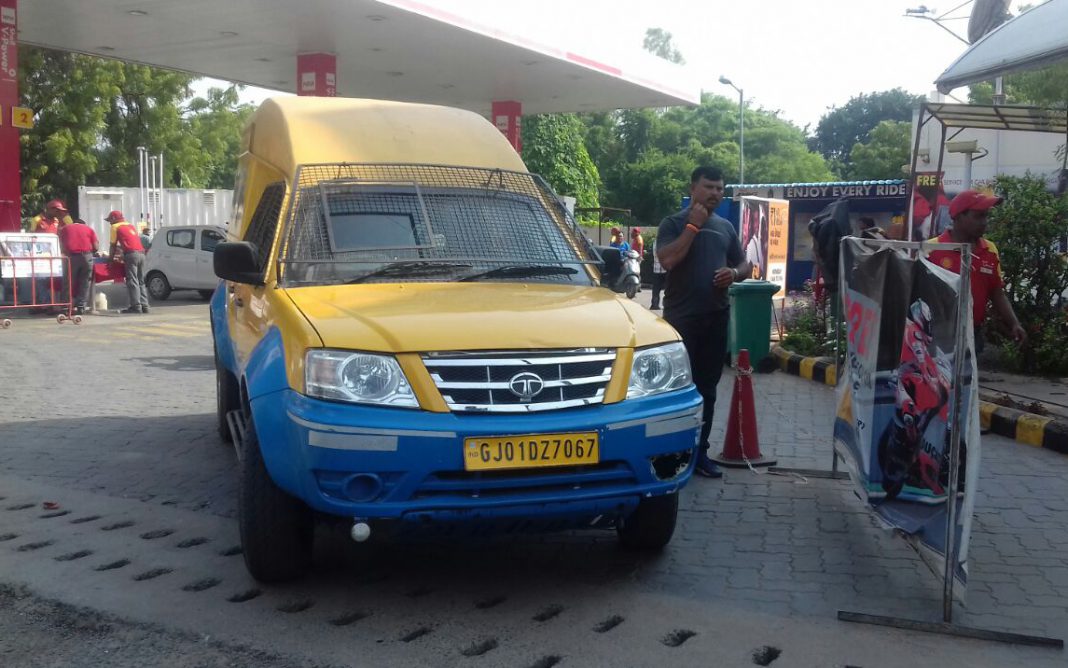 Two bike borne youths came rushing in towards a cash collection van parked at a petrol pump in Vadodara and decamp with the cash bag kept inside. The broad daylight incident shocked everyone as the accused took the cash bag kept inside the van and flee from the spot. Police start investigating in the matter with the help of the cctv and the eye witness present there.

As per the details Sanjay Makwana from Ahmedabad is working as a cashier in the collection van and Vinod Baria also from Ahmedabad is a driver of the cash van. They collect around 25 lakhs from the three petrol pumps and reached the Gotri pump where Sanjay went to collect the cash and Vinod was checking the air in the tyres. 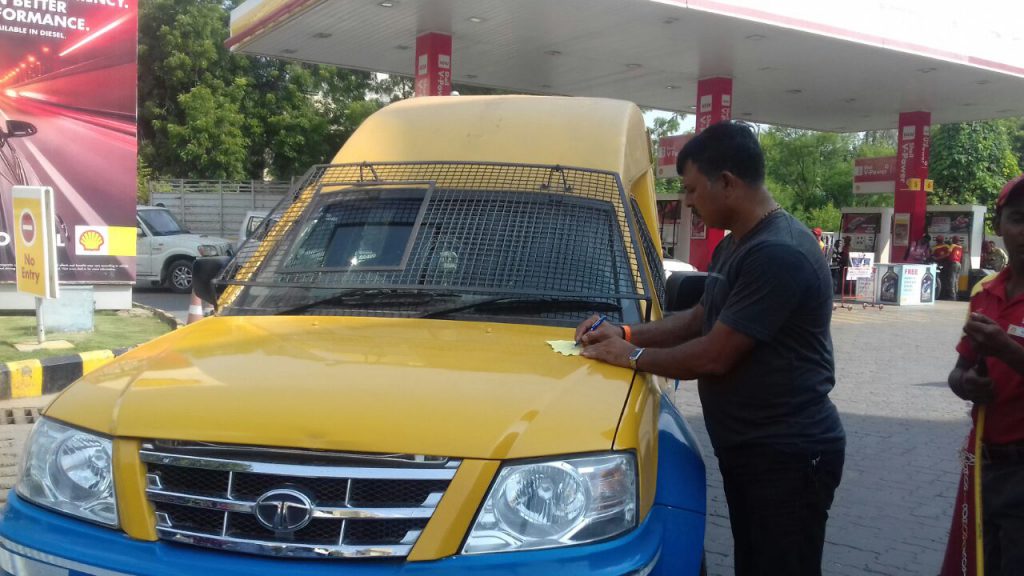 At that time two motorcycle borne youth rushed to the van and before anyone can understand fled with the two cash laden bags of 22.5 lankh and 4.5 Lakh kept inside the van. Top police officials along with the team reached the spot after the information and started investigating with the help of cctv footage. The police team also investigate the driver and the cashier about their involvement in the crime.

What is more striking was the absence of gunman inside the van. The police also suspect the roles of cashier and driver in the matter and investigate them. Gotri police has registered the offence and further investigating.