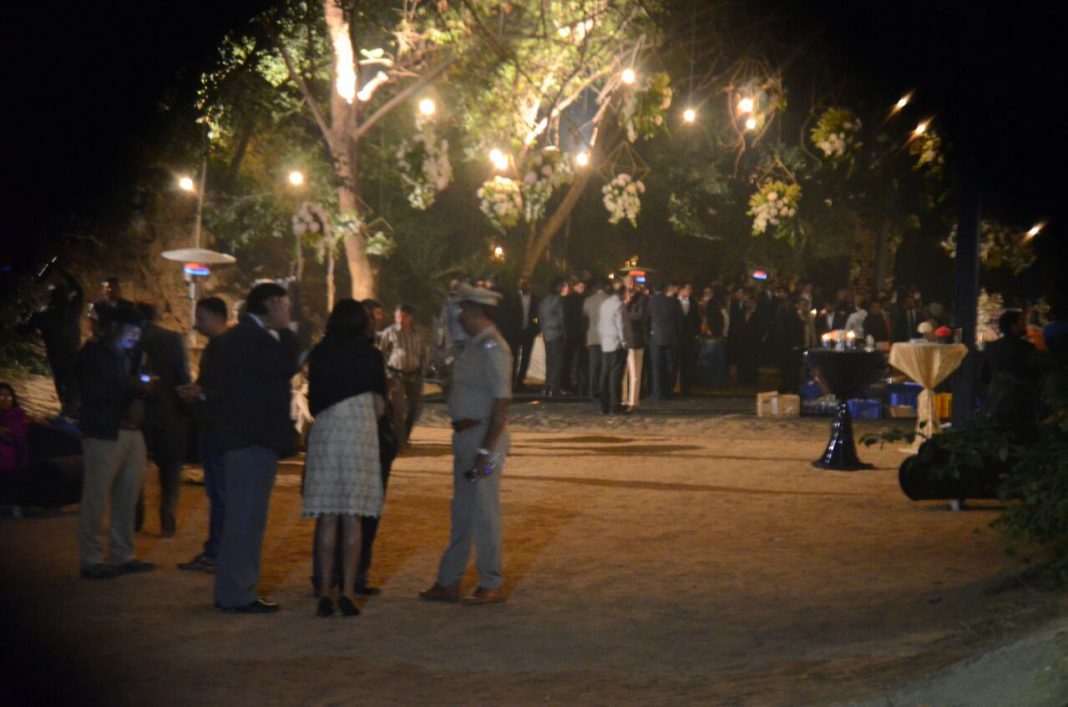 The two British citizens are said to be the friends of the bride and came here to attend the marriage. However in pre marriage celebration the police raid the high profile party where liquor was also served to them. Police detained all and took the blood samples of all including the British citizens and send it for testing to FSL Gandhinagar. The police requested for early report of the two as they are foreigners

On Tuesday the reports of the two British citizens came positive and police arrested both and later released them on bail. As per the sources the amount percentage of alcohol was more than the decided limit. The police also informed the British Embassy about the same.

However the remand of the four accused Jitu Shah his son and two others ends on Wednesday and all of them were produced before the court by the police. As per the police sources if necessary they will ask for further remand. Also the accused Jitu Shah is around 80years old and also a heart patient so police will take this into consideration.