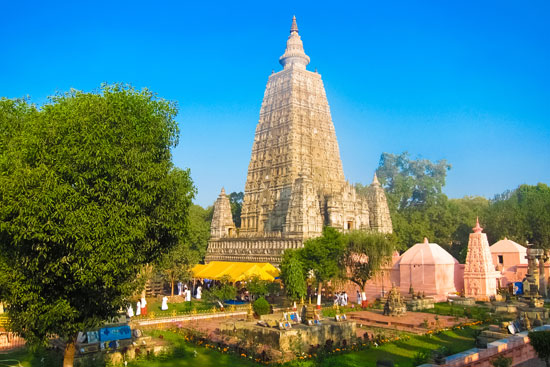 According to the police sources, two crude bombs were recovered near the Mahaboddhi temple in Bihar’s Bodh Gaya, where Tibetian spiritual leader Dalai Lama is camping, prompting authorities to heighten security.

The bombs were found on Friday night, police said.

Police have denied media reports that claimed that the bombs were found inside the Mahaboddhi temple.

“The explosive materials were found in the vicinity of the Kalachakra ground near the temple and kept far away from the temple,” Inspector General of Police, Patna Zone, N. H. Khan said.

“Security was already tight in Bodh Gaya but it was further reinforced,” he added.

Security of foreign monasteries and other sensitive places have also been beefed up and additional security forces have been deployed.

A senior police official camping in Bodh Gaya said that three suspected persons have been found roaming in Bodh Gaya. Police will identify them soon, he said.

Meanwhile, an NIA team from Delhi will reach Bodh Gaya on Saturday to start probe. A team of FSL from Patna has already reached to investigate the matter.

In 2013, a series of bombs exploded at Bodh Gaya’s Mahaboddhi temple in which two Buddhist monks were injured.