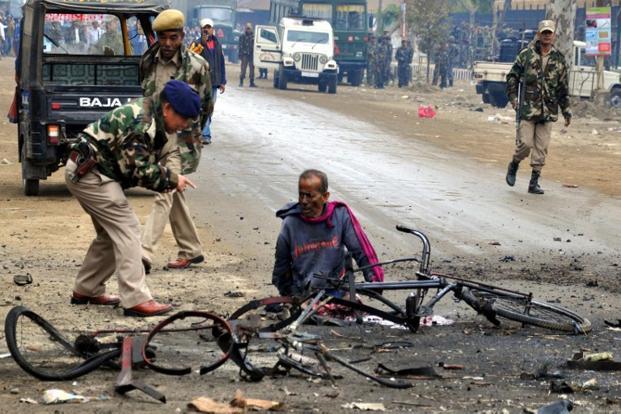 Two explosions took place in the Manipur capital on Thursday but did not disrupt the Republic Day celebrations, police said.

The first blast took place in Singjamei area and the second at Mantri Pukhri area near a Border Security Force (BSF) camp where a march past was going on. Sixty-two contingents representing students, cultural groups, police and paramilitary forces marched on the occasion of the Republic Day. There were no reports of injuries.

Insurgent groups had called for a boycott of the Republic Day events.