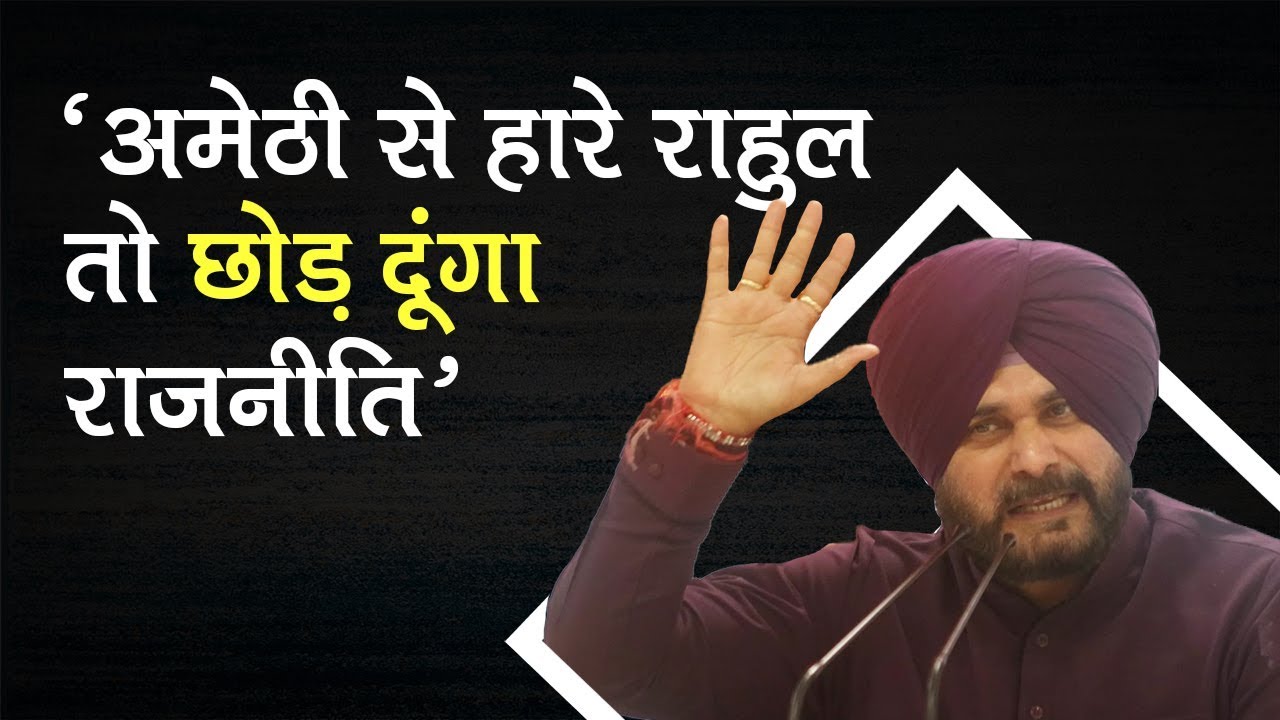 After the thumping win of BJP in the 2019 Loksabha elections popular social media sites are flooded with messages praising clean sweep by the party in some of the seats for the first time. Twitter is also flooded with messages demanding the resignation of Punjab minister Navjot Singh Sidhu after Congress President Rahul Gandhi lost the Amethi seat to BJP candidate Smriti Irani.

The seat was considered to be the fort for the congress but Smriti Irani make it possible for the BJP and won with a victory margin of 55,000 votes. Twitter users now demand the resignation as Sidhu announced to quit politics if Rahul Gandhi lost from Amethi.

Users are asking the minister to quit and stand by his own said words before the elections. The chorus is loud as Twitter is flooded with similar mesaages from since the thumping BJP victory.

Earlier in April Sidhu rejected the claims about Smriti Irani gives a tough fight in Amethi as the seat is Congress bastion of years. Punjab CM Amarinder Singh also critisised Sidhu for his controversial remarks and damaging the party image.