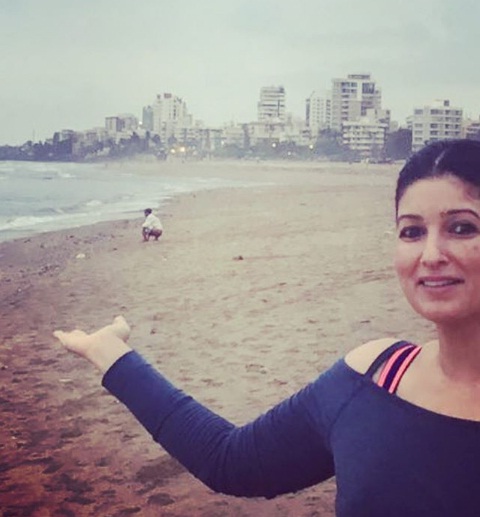 Akshay Kumar did it again with his latest movie ‘Toilet Ek Prem Katha’ a socially relevant film that takes on the problem of open defecation in India. The film although a love story put focus on the problems of no toilets which forced the women to go outside and became victims.

Akshay Kumar now has the habit to raise the social relevant issues and posted it on his social media accounts. The recent film of his ‘Toilet Ek Prem Katha’ is also creating waves all across the country with the burning topic of no toilets specially in rural areas. The film is inspired with the Prime Minister Clean India Mission and applauded for its out of the way treatment.

Supporting her husband the former Bollywood actress Twinkle Khanna posted a picture on her social media account showing a picture of a person loo in open. With a perfect catch phrase she somehow create the plot for the sequel of the film.