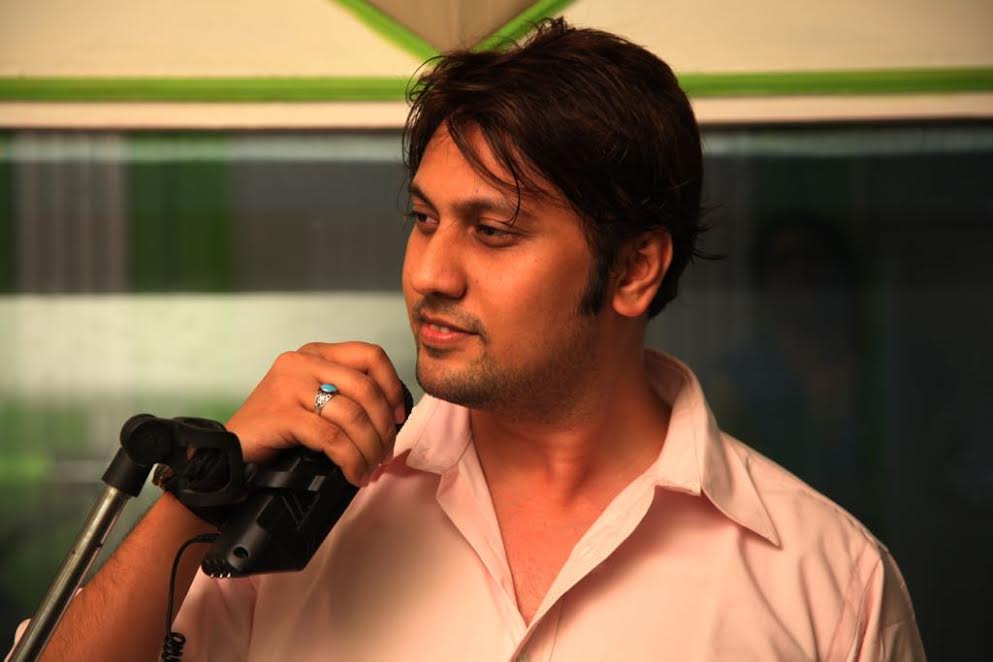 Its like a dream came true for a musician from Vadodara when the legend A.R. Rehman tweet him and extend his good wishes for his first ever Indo Iranian movie as a solo music composer. Dilshad Shabbir Shaikh son of legendary singer Shabbir Kumar is giving solo music for first ever Indo Iranian movie and his father is also singing a song in the movie.

Dilshad who is assisting Rehman for years now is giving music for the upcoming Indo Iranian movie ‘Salaam Mumbai’ which is a english language movie with songs in Hindi. The young composer jumped from his seat when he saw the tweet from the legend. “I was checking my tweets and suddenly I recieved the tweet from none other than the great A.R. Rehman wishing me for my movie soundtrack in ‘Salaam Mumbai’. First I can’t believe my eyes but it’s true and such a big honour for me. The oscar winning composer wished another composer is rare but the legendary composer wished me and that’s an honour,” said a jubilant Dilshad. The first ever Indo Iranian movie’Salaam Mumbai’ is special for him as he gives solo music in it and also his father is singing a song in it. “The movie stars Diya Mirza and Iran superstar Reza Gulzar. The songs are in hindi and singer like legendary Shabbir Kumar, Sonu Nigam and Arijit Singh give their voices in the movie. Its special feeling as I am working with my father in a movie and my father is singing a song in it. I also want to thanks Sonu Nigam who came for recording in spite of having surgery on his leg,” said Dilshad.

Dilshad always wants to be a music composer but his father wants him to be a singer. However he lived his dream and is lucky to assist the great Rehman in his films. He even performed live with him in Vadodara during the Vadfest event. “Rehman sir came to our home in Mumbai over a lunch and asked me to sing something but I told him that I am a musician. He asked me to perform before him and he was impressed and later I sing in movies like Blue and Rang De Basanti. I also done stage shows with him and later assist him in movies like his Irani movie ‘Mohammad’ and his 2nd film ’99 songs’ script and music by the legend himself,” said Dilshad. He also assist the legend during his performance in Vadodara during the Vadfest.

Dilshad is now more energetic after the tweet and said that it’s a honour for him. The song ‘Reza Reza’ from the movie already get 1 million views after the audio launch.