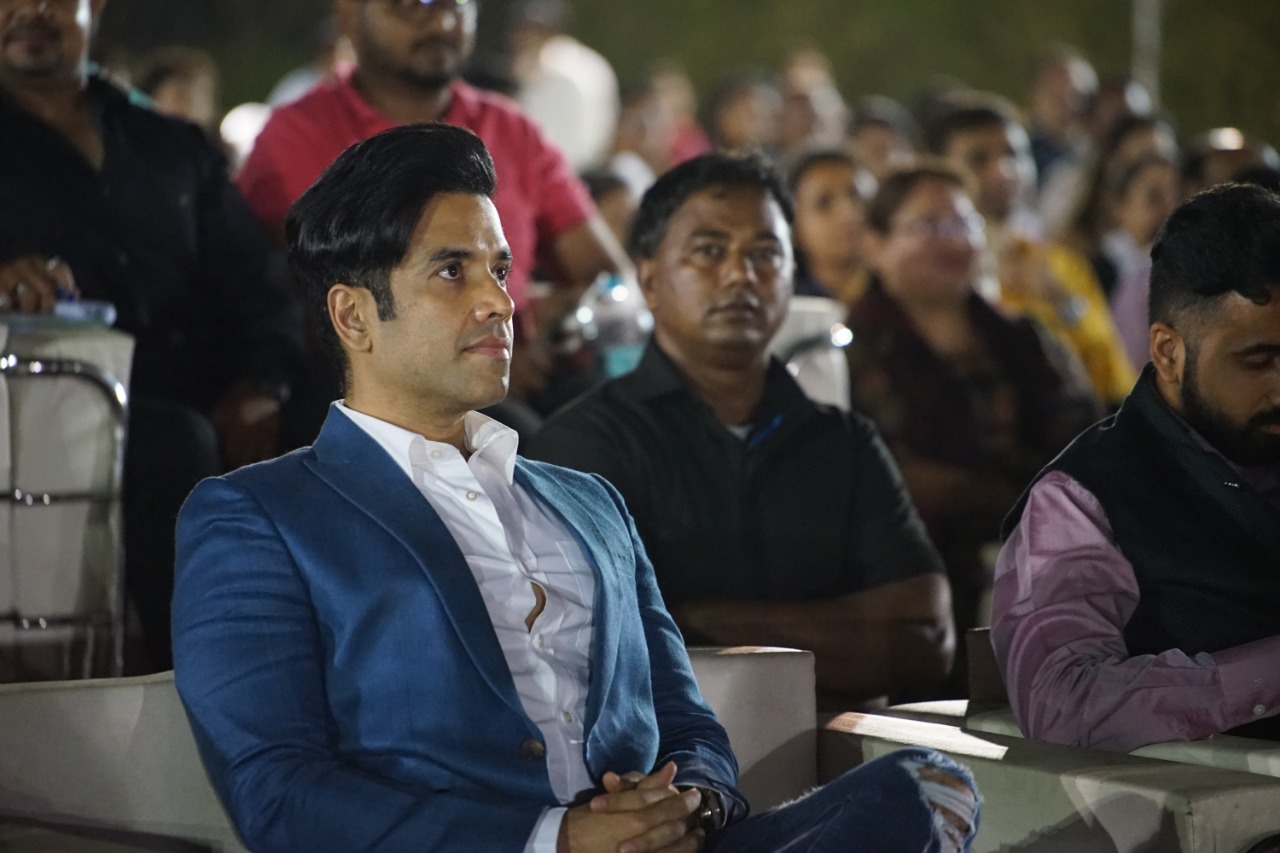 It's the finale of Gujarat Top Model 2019 at Vadodara where the contestants walk the ramp to showcase their talents before the watchful eyes of none other than bollywood star Tusshar Kapoor. The event marks stepping stone for the upcoming talents knocking the doors of Bollywood to make a career in the glamour industry.

Upcoming models from Gujarat participate in the event in different categories and walk the ramp in sequence for Mr, Miss, Mrs and Kids titles. The aim is to provide a platform to the upcoming talents trying to make it big in the industry. The organizers said as Tusshar Kapoor is the co owner of Balaji Telefilms and Balaji Motion Pictures and the models has a great opportunity to showcase their talent before him.

Tusshar Kapoor known for his notable work in romantic Mujhe Kuch Kehna Hai, action thriller Khakee, action crime Shootout at Lokhandwala and specially comedies like Kya Kool Hai Hum and Golmaal Series. He felt nostalgic after visited Vadodara and said the city always has a place in his heart.

"I visit the city after a gap of eight years and always has a special place in my heart. My comedy films done well in Gujarat and I always love to visit here. It's good to be here as I am meeting my fans and encourage the young talents of the city who became stars of tommorow, " said Tusshar Kapoor.

He said it's good to see the young talent coming out from the small cities and knocking the doors of the industry to enter in Bollywood and fashion industry. Such events not only gives a platform to the upcoming stars but also bring the competition to the industry which helps us to get the best talent.

Tusshar said he loves to play the characters which he loves and people liked. He also encourage the youth not to forget their values and respect parents.