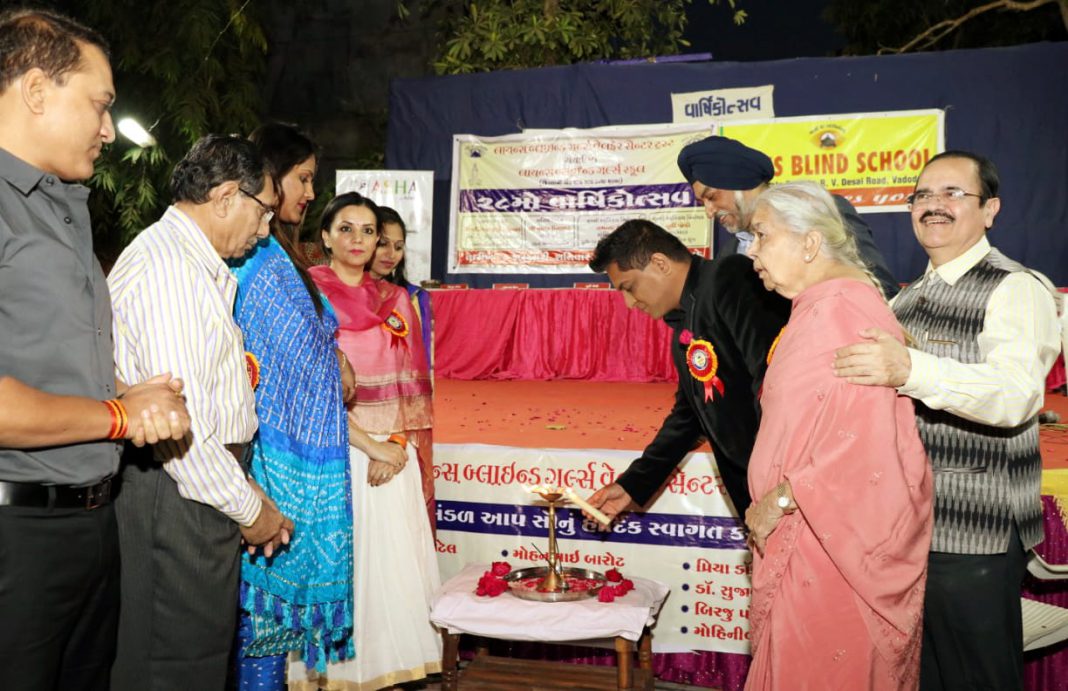 Winter time is popular for NRIs hibernating to India for family-reunions, weddings and shopping. However, there are few who come here with a mission to make a grassroot difference to the community and amongst them, one is Tushar Unadkat from Toronto, Canada.

“Talking about Charities in Gujarat, there are many but a few that are close to my heart include the Lion Blind Girls Welfare Centre Trust (LBGWCT), Voluntary Youth Organization for Motivation (VYOM), Shaurya Art Foundation (SAF), to name a few,” says Tushar Unadkat, an internationally acclaimed, multiple award-winning media personality with a humble attitude.

“My heart goes out for the visionary organizers who invest their blood, sweat and tears year after year to significantly bring a positive civic change, with little financial support from thoughtful sponsors. It is not easy to persistently work for a cause that has no limelight,” said Unadkat thoughtfully.

“We often see glamourous Bollywood style events with budgets in abundance but how often do we see an event that secures support to pull off an event for differently able people that is of an industry standard?” questions Unadkat with a sigh.

Tushar Unadkat was a finalist for the 2019 Men of Honour (MOH) Award, under Business Excellence Category. MOH is a tribute to the men who care and have contributed to enhancing the well-being of York Region, organized by Canada’s Top Choice Charitable Foundation.

On February 9th, LBGWCT successfully celebrated it’s 28th Annual Fundraising Gala in Vadodara, drawing national and international dignitaries with about 300 guests in attendance. Unadkat graced this noble event as the Chief Guest and quickly earned the audience attention by giving a heart-touching and inspiring speech.

Unadkat is a board member for diverse organizations. However, his pursuits are still international, and he successfully executes the direction of cinema and media arts management in Canada and abroad.

On March 6th, SAF positively presented it’s 7th Annual Dance show titled UNBELIEVABLE in Vadodara, attracting about 600 in audience including city’s well-known philanthropist, senior Government officers and business people. There again Unadkat motivated the audience with his inspiring speech as the Guest of Honor and handed certificates to participants.

“Determination has no disability,” said Unadkat, Guest of Honor of AARAMBH and endorsed 9 years of dedication VYOM brings to the community working with Divyang community.

Unadkat is often found hob-knobbing with celebrities from Hollywood and Bollywood, however, he is largest contribution to the artistic community is Nouveau iDEA: New International Dimension in Entertainment and Arts, an NPO that disseminates information, produces and promotes international arts with 85,000+ readerships, 8,500 network members and FB group has over 10,000 members.

Unadkat will return to Canada on April 15, 2019 and is available for hands-on community work for similar charities. He is active on all social media platforms and you could follow him @TusharUnadkat on Twitter, Instagram and Facebook too.