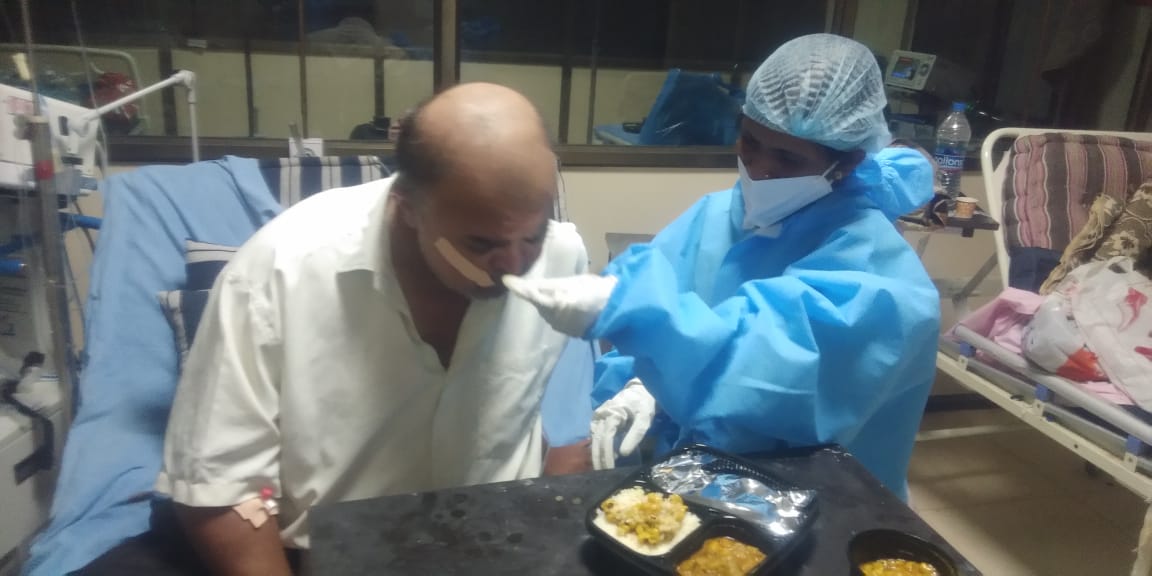 The family of a relative who died tragically from covid in the corona department of the city's Government Gotri Hospital has heartily commended the doctors and team of the hospital for their tireless efforts and noble medical services to save their loved one.

Talking about the incident, Tushar Vinayak Desai (now deceased) age about 55 years has been struggling with a disability for almost 30 years due to a genetic disease called muscular dystrophy.

The disease is congenital, but as the person who seems to be quite healthy in childhood becomes dependent on others for all daily activities as grows older. The dependency is due to the gradual disintegration of the muscles of the vital organs, which are important for physical movements and activities, including arms and legs. The person cannot get up on its own, sit, sleep and eat.

However, late Tusharbhai was living with a very strong morale against this disease. He had to spend a lot of time sitting down, and after spending the whole night sitting without bothering anyone his helping nature created a huge fan base.

His 93-year-old mother was a staunch supporter in his fight against fate. His sisters, nieces and nephews were by his side. And God had given him a servant who is like a companion of happiness and sorrow and take care of his needs.

Like Tusharbhai's nature, his ideology was also different. His late father was a senior government official and mother gets the pension. Tushar did his std pco business and other business work when he was in a position to do business himself. So he believe that when the government pays a pension, using the extra money to help the people is the only way.

In the midst of all this he noticed the effect of Corona. On Monday morning he was taken to Gotri Hospital and after completing the admission process in just 15 minutes, the on-duty people started treating him with more oxygen through nrbm.

No relatives are allowed to stay with Corona patient and in this case the patient is so helpless that he can do nothing on his own.
When this matter was brought to the notice of Dr. Vinod Rao, the officer on special duty, he kindly instructed to put a special assistant for this patient which was also implemented immediately. With the help from Dr. Meenakshi Shah, Dr. Sheetal Mistry and others the treatment started.

But his Spo2 dropped to 51 and the doctors put him on the BI PAP and turn on the oxygen vigorously and there was some stability. But fate has some other ideas as he died on Wednesday. He was so joyful that he even spoke loudly when a nurse made a video call on Monday night before he fainted.

Muscular Dystrophy patient does not live long but with his strong morale he lives till 55 years which maybe a record. His elder sister Kalpana Buch says that amidst the relentless flow of patients, her brother's treatment started at Gotri and the doctors worked tirelessly, the service rendered by others, courtesy of Dr. Vinod Rao, Dr. Meenakshi Shah, Words fall short to appreciate them. The comprehensive arrangements that the state government is making are unique. Her family and herself are heartily grateful to all.

The family has expressed their gratitude to the nursing staff of Gotri Hospital for providing the equipments to the patients.