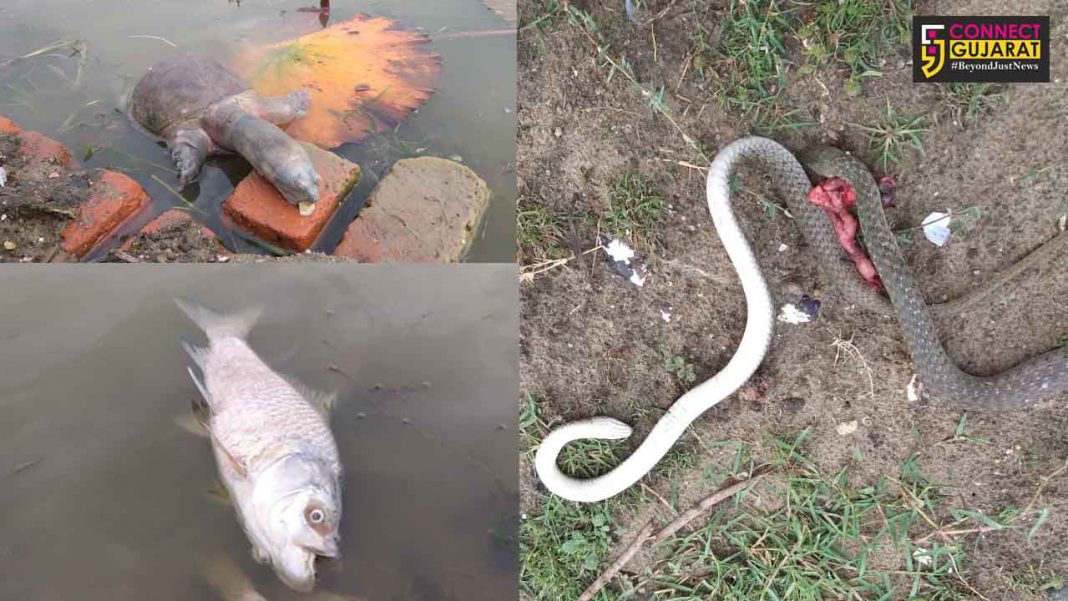 In a shocking incident six turtles, snakes and more then twenty fishes died in Timbi lake near Vadodara. The reason for the deaths are unknown but they are believed to be died due to pollution which reduces the oxygen level or stuck in the fishing net.

Two students of MSU Zoology department Vikrant Vyas and Ravin Kadu went to Timbi lake for bird watching. After reached there they saw the dead animals and clicked pics of the same.

Professor Ranjitsinh Devkar said Timbi lake is not protected and fishing is carried out there by the people. The animals might died after stuck inside such nets or due to pollution level inside the lake. The forest department can get to know the exact cause of death after the investigation.