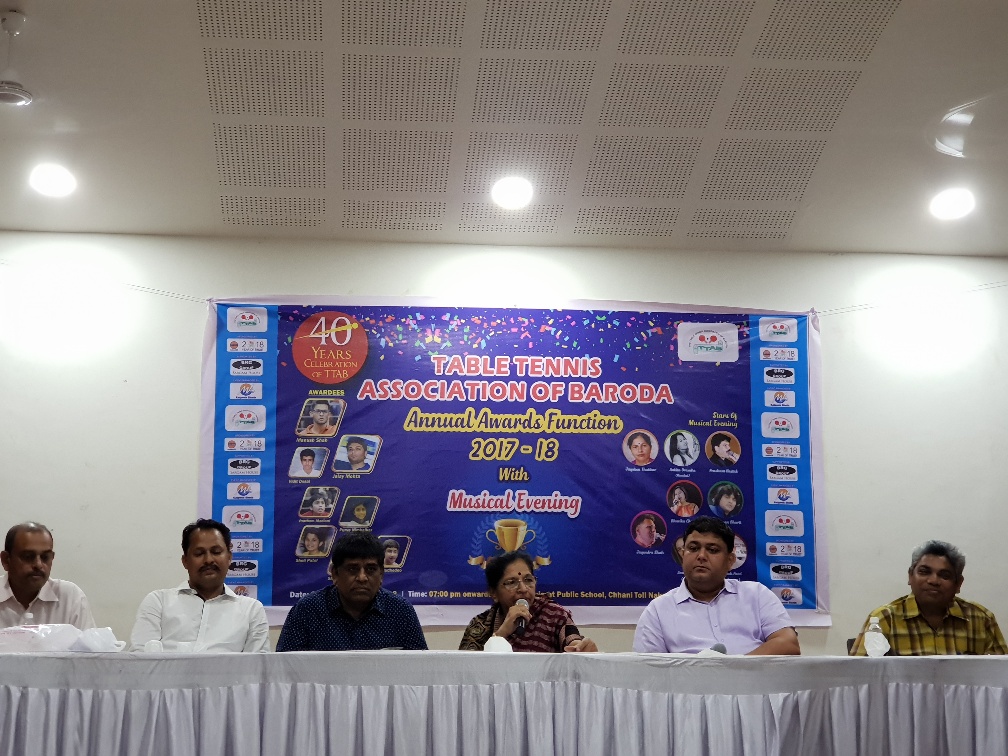 To boost the sports of Table Tennis in Vadodara a tournament on the lines of IPL will be going to organise for the first time in the city. The Vadodara Primere League will boost the game and give players a chance to showcase their talent.

TTAB will be celebrating 40 years of their existence in the city and organise a award function to felicitate the players, coaches, refrees, academies and all others associated to promote the sports in the city.

“The celebration is aimed to felicitate the players who brought laurels to the district in various TT tournaments at National and International level during the year 2017-18. The award function will be followed by a musical evening to celebrate the four decades of promoting sports in Vadodara,” said Kalpesh Thakkar Honorary Secretary TTAB.

TTAB will organise various tournaments later in the year and primary focus of the Vadodara Premiere League which will be a prestigious one for the players and the city. “The tournament will be on the lines on IPL including auctioning of the players. We are planning to organise the tournament early in next year and it will be a golden opportunity for the players of the city and district to showcase their talent,” said Thakkar.