Connect Gujarat
#Beyond Just News
More
Home India Trump’s ‘Buy American’, Modi’s ‘Make in India’ can together boost each other 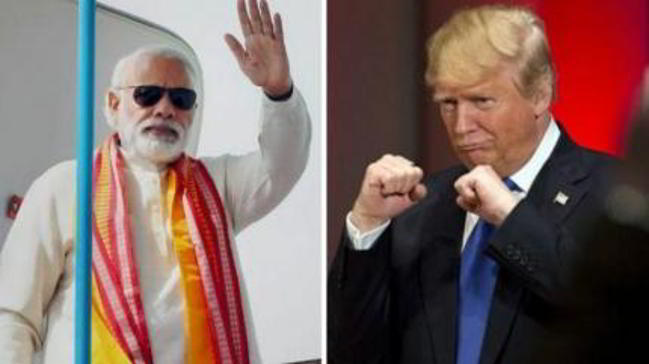 US President Donald Trump’s mantra of “Buy American” and Indian Minister Narendra Modi’s ‘Make in India’ are not mutually exclusive because trade need not be a zero sum game, according to Shalabh Kumar, an Indian American Republican leader and the founder of the Republican Hindu Coalition (RHC).

A harder line by Trump to stem the huge trade surplus with China and correct Beijing’s unequal terms of trade will provide India with an opportunity to fill the void by exporting more manufactured goods, Kumar told our sources.

“Increasing trade between the United States and India is my passion,” he said and asserted that balanced trade can help both countries increase their exports to each other and create jobs and boost investments.

He said that he expects the trade between India and the US that is over $100 billion now to rise to at least $300 billion by the end of Trump’s current term and to $1 trillion in the four years after that in “Trump’s second term”.

The policies of Trump and Modi to give priority to their respective country’s job growth and investment does not mean a freeze or a shutout of trade with the other nation, Kumar said. Both countries have mutual needs and the US can increase exports of equipment in the defence, energy, nuclear and technology areas and India can grow its exports of services and manufactured products.

If trade increases bilaterally, it will create more jobs in the US and in India, he said.

A big donor, Kumar personally gave $898,000 to the Trump Victory fund, a joint programme of the Trump campaign, the Republican National Committee and state organisations to help his election effort. He is on Trump’s transition committee for finance and the inaugural committee.

Kumar was the prime mover of the RHC rally in October at which Trump campaigned on a promise of being a friend of Indian Americans and Hindus and praised Narendra Modi.

He is close to former Speaker Newt Gingrich, who mentored the RHC and serves as its honorary chairman.

At the Candlelight Dinner held last week on the of the presidential inauguration for major donors and VIPs, Trump spent 20 minutes with the Kumar family and RHC members, Kumar said. The high-level event was the main inaugural eve event and took place at the same time as the more general Asian Pacific American Presidential Inaugural Gala.

Anika Arora, a co-founder of the RHC, said that when Trump met them at the dinner, he thanked the organisaiton for mobilising voters, especially in the crucial swing states, resulting in the “great culmination” of the campaign with his election. “He acknowledged our efforts in getting the community to turn out in large numbers to vote for him,” she said.

Trump also introduced the RHC to his cabinet nominees and told them about the role of its leadership to get the vote out for him, she added.

For the Inauguration Welcome Concert held earlier, RHC arranged for a Bollywood performance led by the actress and supermodel Manasvi Mamgai at which Mika Singh made a special appearance.

Trump’s three high-level appointments of Indian Americans and Hindus to the administration and two to the senior White House positions showed his commitment to keeping his word that that the community would have a friend in him in the White House, Kumar said.

For the first time, an Indian American, UN Ambassador Nikki Haley, was appointed to a cabinet-level position. Ajit Pai was made the chairman of the Federal Communication Commission and Seema Verma the head of the government health insurance programmes, Medicare and Medicaid.

Trump has appointed lawyer Uttam Dhillon as his special assistant and associate counsel, and Raj Shah as his deputy assistant and research director.

Kumar said that Trump’s transition team had asked the RHC for resumes of suitable candidates for it to review as it goes about filling the the hundreds of jobs in the new administration.

He said that he is scouting for talent and with better organisation and resume-matching a many more Indian Americans can find positions in an administration that is open to the community.

In the US each administration can make political appointment for the duration of the term to better implement its policies. The administrations ask supporters to make recommendations.

It is estimated that there about 4,000 political positions open and of them about 1,200, including ambassadorships, need Senate approval; about 475 are in the White House, and 750 are at the senior executive level.