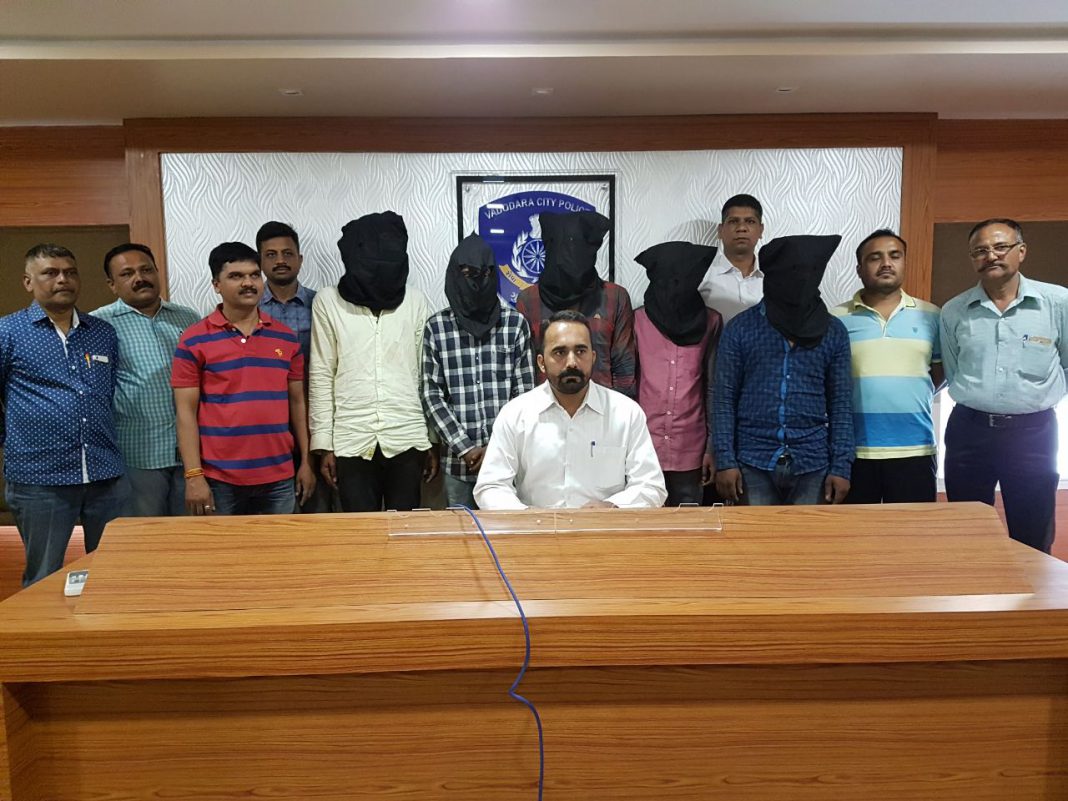 Vadodara SOG team arrested five accused involved in truck theft in the city. The five operated under the name ‘Maniya Gang’ and are into truck theft and later cut them in pieces and sell them. The SOG team arrested the gang while they are in the process to dismantle the first truck. The gang is also targeting five other trucks in the city but before that they were caught by the police.

The SOG team during patrolling recieved the input about the leader of Maniya Gang Manish alias Maniyo and his associates Gopinath Madne, Mangalsinh Kushwaha, Ramesh Gurkha with the help of scrap dealer Vikram Purohit toing a breakdown tanker MH 04 DS 2359 from L&T Company to Padamla village. The SOG recieved the input that the gang is now gathered there to dismantle the tanker.

The SOG team secretly kept a watch there and arrested main accused Maniyo along with his associates and the scrap dealer from the godown near the field of Bhikhabhai Jadhav at Padamla village. The team arrested total five persons and recovered the tanker, mobile phones and cash from the accused.

“The main accused is the resident of Bihar and living here for the last 20 years in Ranoli. He also drove tanker for two years and now make this gang. He was also earlier caught in the tanker theft case at Jawahar nagar police station. The Modus operandi of the gang was to target the break down trucks parked at one place for long time. They then dismantle the truck and sell the parts to earn money. The gang also done reiki of five more trucks from Palej and Ankleshwar and is in the process to target them in a week,” said H.M. Vyas Incharge PI SOG Vadodara.