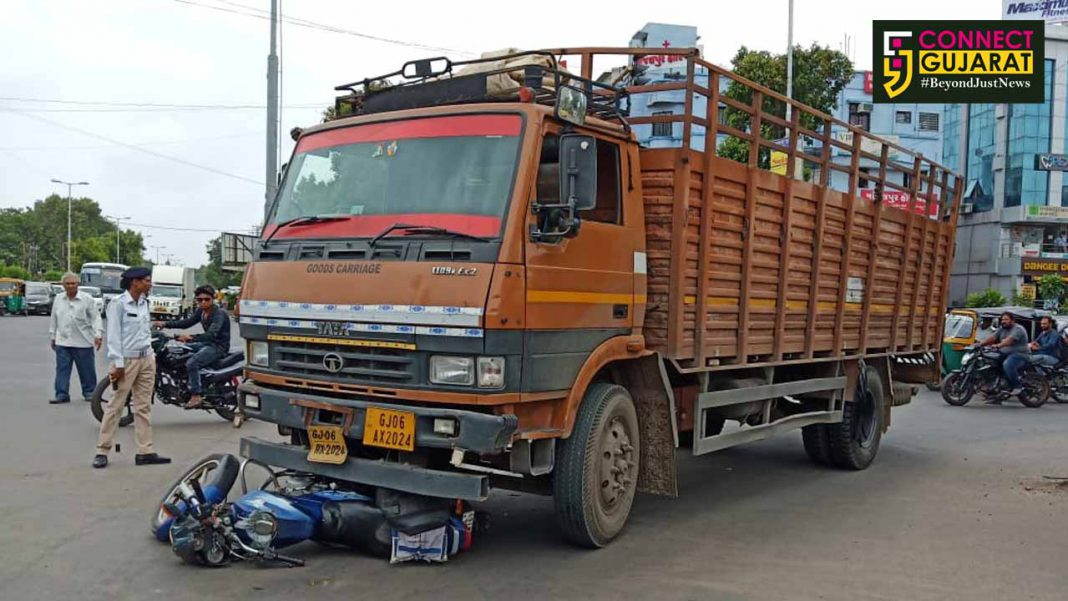 Inspite of the police notification in place the heavy vehicles are operating freely inside the Vadodara city limits violating the permissible time. Traffic department also conduct special drive to caught the heavy vehicles and also fined them. But the vehicles operate openly on the roads and also put the people lives in danger. 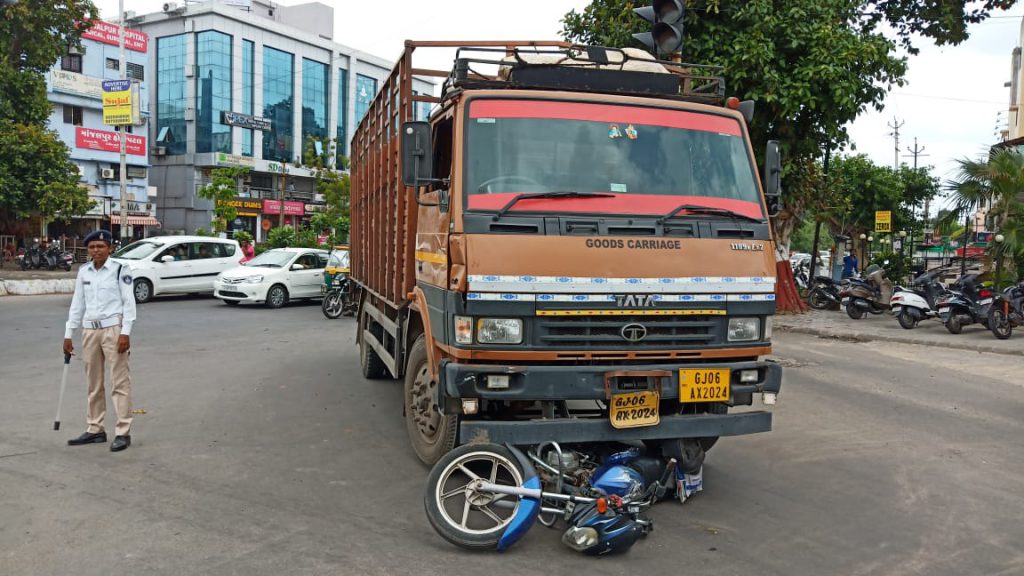 One such incident came to light in Manjalpur area of the city where a speeding truck knocked the bike resulting in injury on the legs of the rider. The locals rushed to the spot and rushed the injured to the hospital for treatment.

The locals were irate as the heavy vehicles are moving freely inside the no entry time limit set by the police. The nearby GIDC is buzzing with such movement for the whole day and violating the notification openly. The traffic department is running various drives in the city for past many days and now it is necessary to control such movement of heavy vehicles.