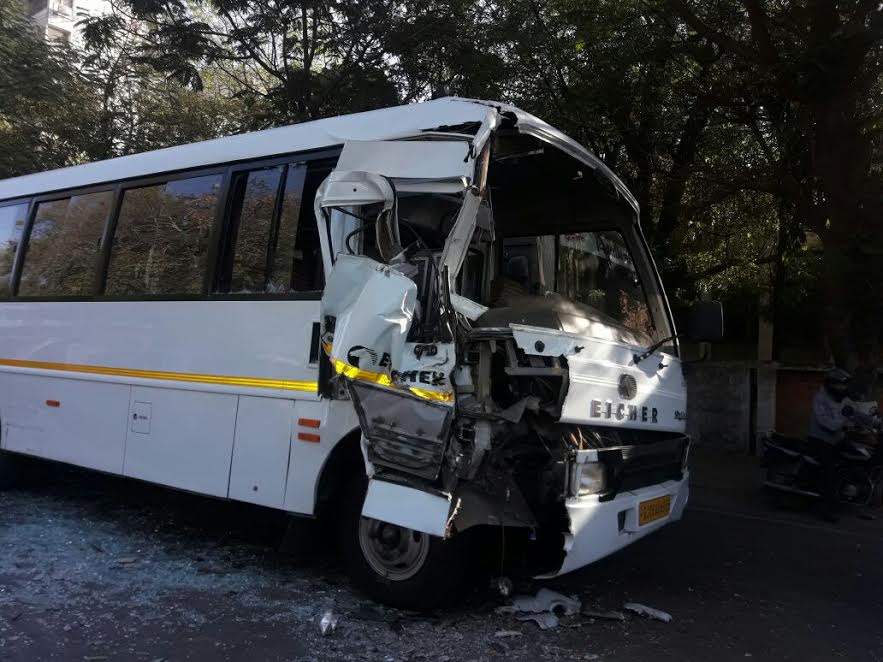 Three persons injured after a triple accident happened early morning in Vadodara involving two luxury buses and one activa.  The accident happened at Rajmahal road where the activa driver had a close shave after the bus hit it from behind trying to save. All the injured shifted to hospital after received minor injuries. Fire brigade immediately reached the spot and released the luxury bus driver Durgabhai Mishra stuck inside the cabin after the accident. The injured driver was immediately rushed to the nearby private hospital in 108 Ambluence. Due to the accident the traffic was also disrupted. In this triple accident Activa driver Kantibhai Mehta and Luxury bus driver Durgabhai Mishra got injured and rushed to the hospital. However the driver of the mini bus escaped unhurt. Police registered the accident case and further investigating.

Padmavati shopping centre in Vadodara closed on Friday after one trader...

One more step by OSD Dr. Vinod Rao towards the fight...