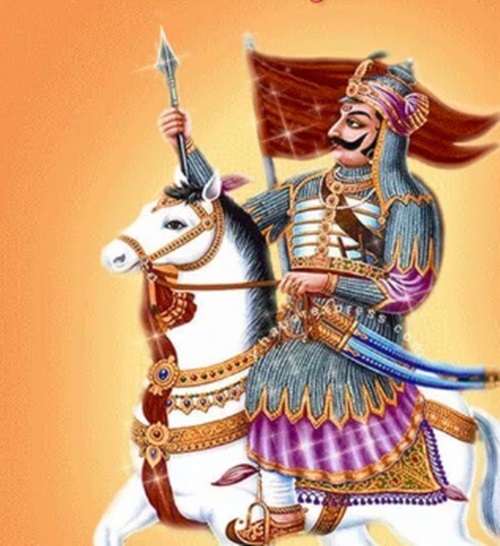 To honour of the brave king, Maharana Pratap Jayanti is celebrated every year on 9 May.

Maharana Pratap had to go to a battle against Mughal emperor Akbar, shortly after his coronation. Akbar had come to Mewar in order to chart out a route to Gujarat through the Rajput kingdom. The Maharana refused Akbar’s offer and went to battle against the Mughals. This led to the famous Battle of Haldighati.

Mughal forces outnumbered the Rajput army in Haldighati. The Mughal army emerged victorious in battle, but they failed to capture Maharana Pratap who escaped to the hills.

The Rajput king later managed to recover several territories from the Mughals over the years. Maharana Pratap passed away at Chavand, which served as his capital, on 29 January 1597.

On normal days, his Jayanti witnesses a special procession and havan puja but owing to the current COVID-19 and lockdown, it is against the social distancing norms to attend/hold any such gathering. However, this must not stop his celebrants from remembering his battles, his legends and his bravery.