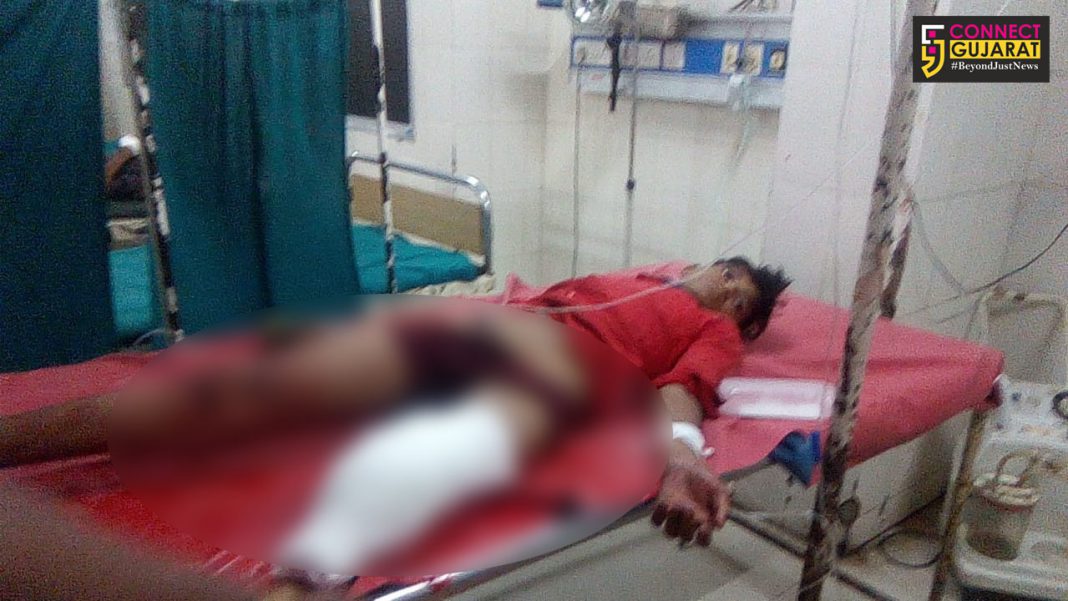 Accused robbed and pushed him out of train

Vijay Simlia originally from MP is working as a labour in Vadodara.  He was heading towards his home after getting 5000 rupees from his employer on board Dehradun express.

As the train reached near Samlaya Railway Station a passenger sitting nearby started fighting with him.  He then robbed him of 5000 rupees and pushed him out of the train.

Vijay left leg came under the wheels as the train slows down at the Samlaya station. He was immediately rushed to the SSG hospital where his leg was amputated by the doctors. Railway police registered the case against unknown accused and further investigating in the matter.