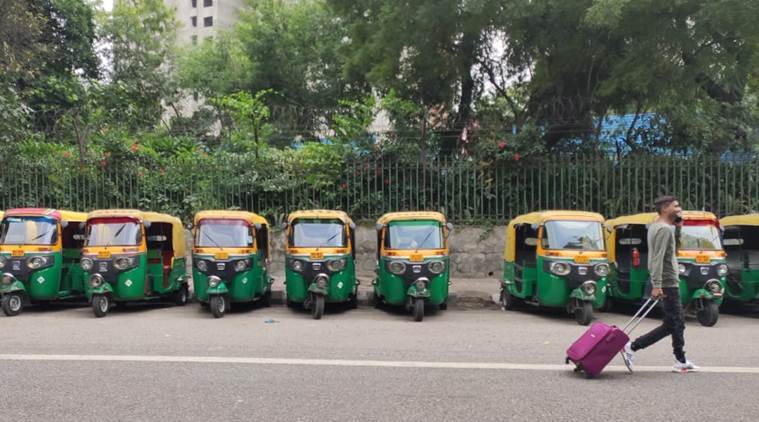 Several commuters including officer-goers in Thursday faced trouble as cabs, private buses, taxis and auto-rickshaws were not in motion following the transport strike against the newly amended Motor Vehicles Act.

Reports claimed that the strike, in some areas of the national capital, turned ugly when transport workers forcefully dragged off passengers from cabs and autos. At the Akshardham area, protesters destroyed cab for carrying  passengers.

The United Front of Transport Association (UFTA) general secretary Shyamlal Gola had yesterday said, “We have been seeking change of our injustice related to the new MV Act from both the Centre and the Delhi government for the last 15 days, but no solution is there is sight forcing us to go on a one-day strike.” He had claimed that said over 50 transport associations and unions in Delhi-NCR were participating in the strike.

Meanwhile,  there was no impact of the strike on Delhi Metro and Delhi Transport Corporation (DTC) buses.

Several schools in Delhi-NCR also remain closed in because of strike. “In view of the proposed transport strike in Delhi, the school were remained closed on Thursday, September 19, for all students and teachers. It has also been decided that this holiday will be compensated later.

However, it will be a normal working day for the administrative staff,” said sources.

At Chinmaya Vidyalaya, exams scheduled for today were postponed. “Due to the transport strike called by the United Front of Transport Association, the school will remain closed on September 19. The scheduled exam for classes IV-XII will be held on September 20.