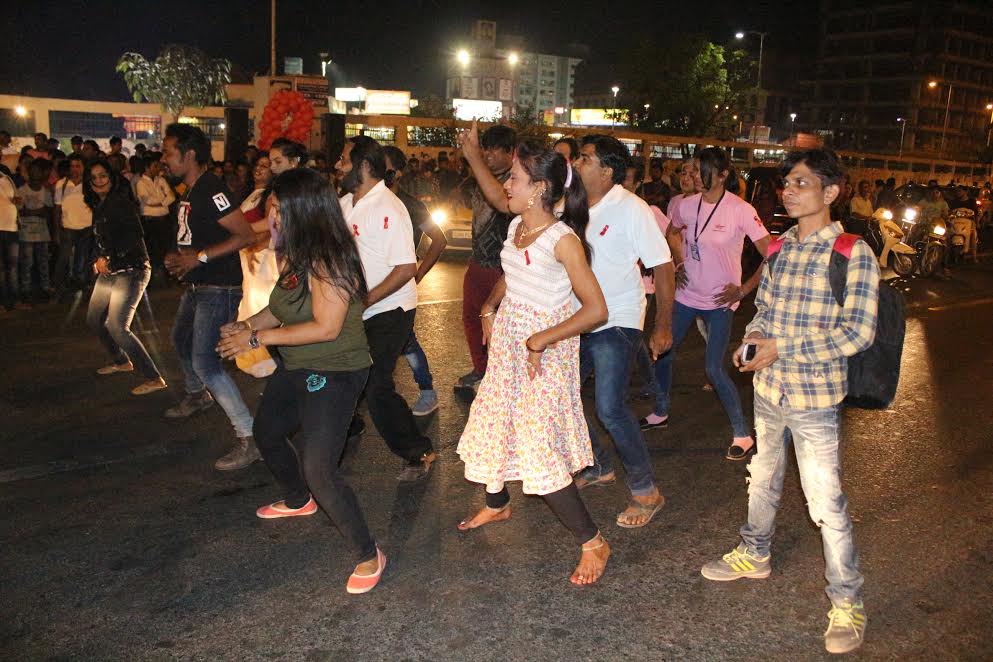 On World Aids day on 1st December for the first time in the history of Vadodara and Gujarat the Flash mob by Transgender’s performed in Vadodara.

The flash mob is one of its kind where the transgenders performed live on the open to spread the message of aids awareness. On this world Aids day on 1St December 2016, Mars communication with the association with lakshya foundation organize the flash-mob performed by Trans genders to create awareness on HIV/Aids. The flash mob outside the ratri bazaar opposite Vuda office at Karelibaug was an eye catcher as the Transgenders suddenly came formward and dance.