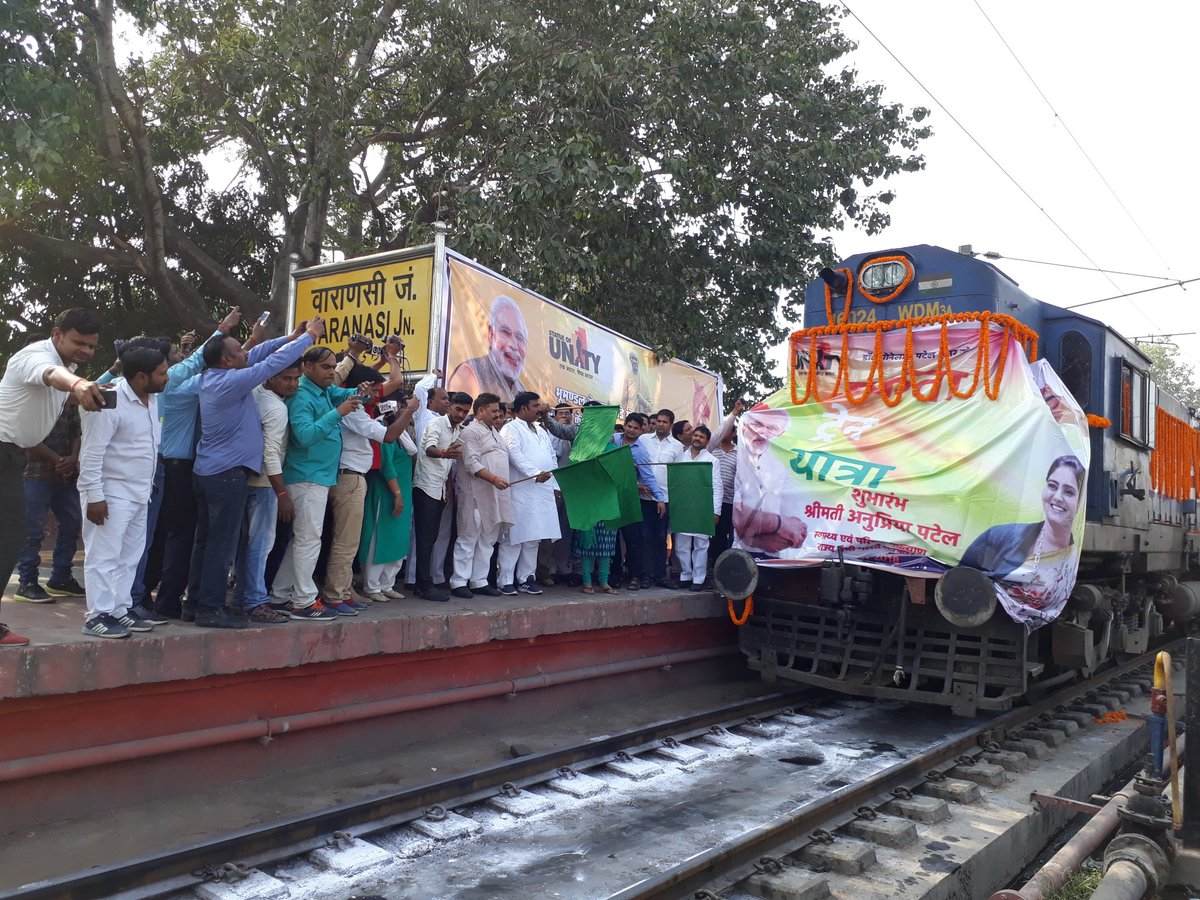 Varanasi is the Parliamentary constituency of Prime Minister. Union minister Anupriya Patel tweeted that a special train chugs off from the Varanasi which is called Ekta Train Yatra to witness the unveiling ceremony of statue of an architect of modern India Sardar Patel.

These people will join the programme on October 31 when the unveiling would take place.