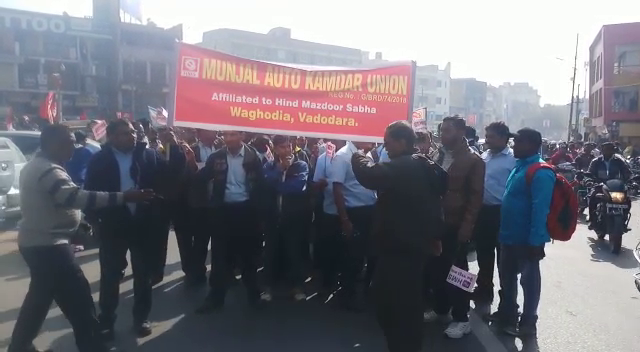 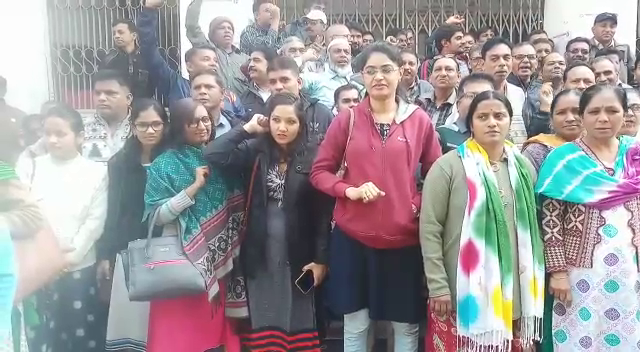 In Vadodara a big rally was taken out by the trade unions and employees of Sayaji hospital while post and bank employees shouted slogans against the government for their policies. The work was also affected due to the strike by the four departments as all protest since morning in the city. 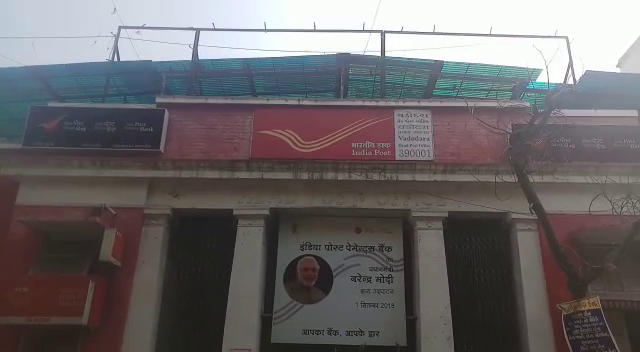 The rally under the aegis of Sanyukt Kamdar Samiti was taken out from Gandhinagar gruh joined by members of around 10 associations with banners and posters. Traffic was also disrupted due to the rally which reached the collector office later on to give memorandum to the collector for their demands. 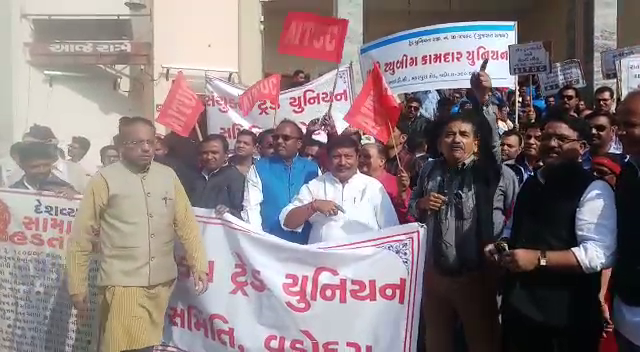 Income tax employees also joined the nation wide strike and shouted slogans against the government. They demand to waive the new pension scheme and continue the old one, regional level recruitment and others points before the government.

Banks also joined the strike with their demands and that affected the normal routine work.