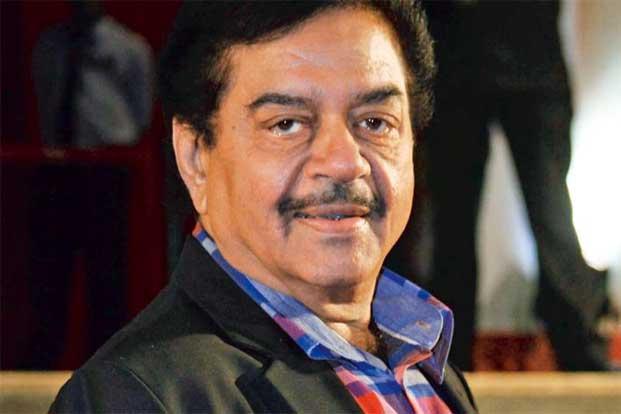 Never one to mince words, actor-politician Shatrughan Sinha feels it is “too late” for Prime Minister Narendra Modi to maintain silence on the blazing row over Sanjay Leela Bhansali’s Bollywood film “Padmavati”.

“On some level, I can understand the silence of my colleagues in the BJP. After all what can they say when the miscreants and fringe elements are given a free hand? Still I’d like to say it’s too late for our dynamic Prime Minister and the other high command to stay silent.

“‘Padmavati’ is a raging issue. And the fringe elements are openly issuing threats. How can the high command keep quiet when goons are threatening to behead Bhansali and Deepika Padukone? It’s time for our honourable Prime Minister to say ‘enough is enough’. If you give the goons a free reign, they will continue to cross limits in ways we wouldn’t be able to control,” Shatrughan said.

He is even less tolerant of the silence within the film industry.

“One of our country’s most precious filmmakers is being bullied and threatened. And all of them are looking the other way? What a shame! No one except Shabana Azmi and Javed Akhtar — who are always fearless in opposing injustice — has come out to condemn the violence.

“I can understand Bachchan saab’s (Amitabh Bachchan) silence. He has always been wary of getting into controversies. But what about the rest? Industry mein itna sannatta kyon (Why is there so much silence in the industry)?”

He feels Bhansali is partially to blame for the film industry’s silence.

“He has never come out to support anyone. Why should they stick their necks out now? Even after he was assaulted the first time (in Rajasthan), he did not file an FIR.”

Shatrughan feels it is okay to show “Padmavati” to those opposing its release.

“If you are honest in your intentions, why are you afraid to show the film to the doubters and protesters? Dikhado aur baat khatam karo (show it and end the issue).”