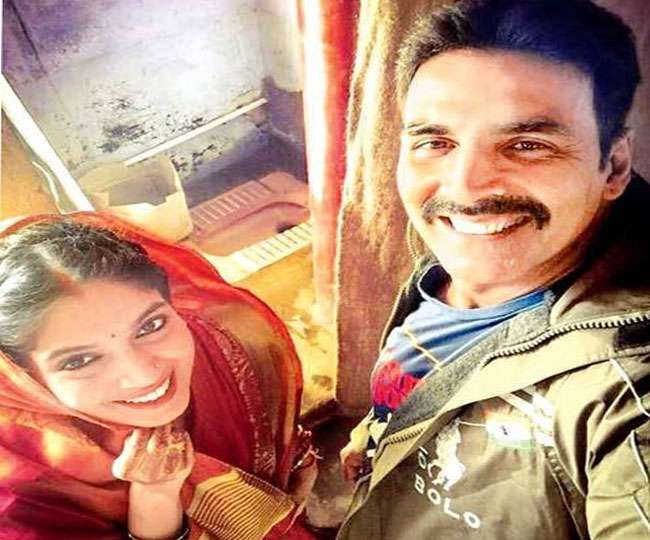 After wrapping up “Toilet: Ek Prem Katha”, Akshay Kumar has treated his fans with the first look of the movie which he describes as a “unique love story”.

“With the wrap of ‘Toilet: Ek Prem Katha’, treating you guys to a still from the film… Keshav and Jaya’s unique love story coming to you on June 2,” Akshay tweeted along with an image featuring himself and co-star Bhumi Pednekar. They feature as a bride and groom, with Akshay flaunting a mustard suit, a turban and a garland of money, and Bhumi in a bright red bridal attire.

When actress Taapsee Pannu, Akshay’s co-star in “Naam Shabana” commented that she “loved the colour” of his suit, the “Khiladi” star commented: “Thank you, we’ll have one made for you in the same colour for ‘Naam Shabana’ promotions.”

A love story with a satirical flavour, the movie is directed by Shree Narayan Singh, produced by Aruna Bhatia, Plan C Studios and Abundantia, and presented by Viacom18 Motion Pictures and KriArj Entertainment.

It will be the first time that Akshay will be in the same frame with the “Dum Laga Ke Haisha” famed star Bhumi for a movie. And the project also marks the 20th film that Akshay is doing with Anupam Kher.