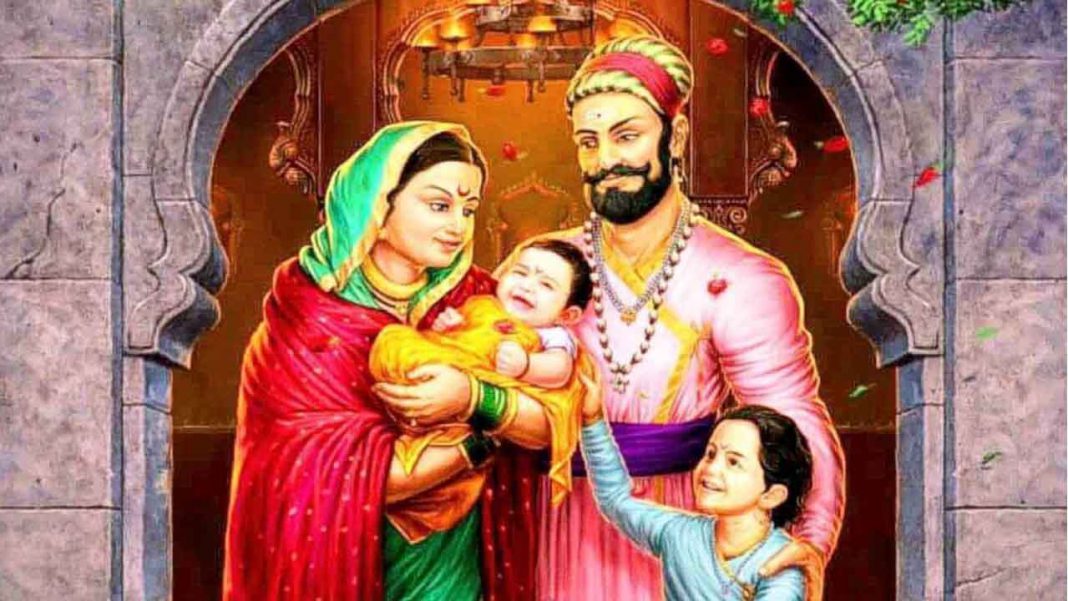 Shivaji Bhosle was born on February 19, 1630 to Shahaji Bhosle and Jijabai in the fort of Shivneri, near the city of Junnar of the Pune district. Shivaji’s father Shahaji was in service of the Bijapuri Sultanate – a tripartite association between Bijapur, Ahmednagar, and Golconda, as a general.

He also owned a Jaigirdari near Pune. Shivaji’s mother Jijabai was the daughter of Sindkhed leader Lakhujirao Jadhav and a deeply religious woman. Shivaji was especially close to his mother who instilled in him a strict sense of right and wrong. Since Shahaji spent most of his time outside of Pune, the responsibility of overseeing Shivaji’s education rested on the shoulders of a small council of ministers which included a Peshwa (Shamrao Nilkanth),a Mazumdar (Balkrishna Pant), a Sabnis (Raghunath Ballal), a Dabir (Sonopant) and a chief teacher (Dadoji Konddeo). Kanhoji Jedhe and Baji Pasalkar were appointed to train Shivaji in military and martial arts. Shivaji was married to Saibai Nimbalkar in 1640.

Chatrapati Shivaji Maharaj was the founder of the Maratha Empire in western India. He is considered to be one of the greatest warriors of his time and even today, stories of his exploits are narrated as a part of the folklore. With his valor and great administrative skills, Shivaji carved out an enclave from the declining Adilshahi sultanate of Bijapur. It eventually became the genesis of the Maratha Empire. After establishing his rule, Shivaji implemented a competent and progressive administration with the help of a disciplined military and well-established administrative set-up. Shivaji is well-known for his innovative military tactics that centered around non-conventional methods leveraging strategic factors like geography, speed, and surprise to defeat his more powerful enemies.

Initial days of his reign, Shivaji maintained cordial relationships with the English till they supported the Bijapuri Sultanate in a confrontation against him in the capture of Fort of Panhala in 1660. So in 1670, Shivaji moved against the English in Bombay for them not selling him war material. This conflict continued in 1971, when again the English refused their support in his attack of Danda-Rajpuri, and he looted the English factories in Rajapur. Numerous negotiations between the two parties to come to term failed and the English did not lend their support to his endeavors.

Shivaji died at the age of 52 on April 3, 1680, at the Raigad Fort, after suffering from a bout of dysentery. A conflict of succession arose after his death between his eldest son Sambhaji and his third wife Soyrabai on behalf of her 10-year old son Rajaram. Sambhaji dethroned the young Rajaram and ascended the throne himself on June 20, 1680.the Mughal-Maratha conflicts continued after Shivaji’s death and the Maratha glory declined greatly. However it was reclaimed by young Madhavrao Peshwa who reclaimed Maratha glory and established his authority over North India.