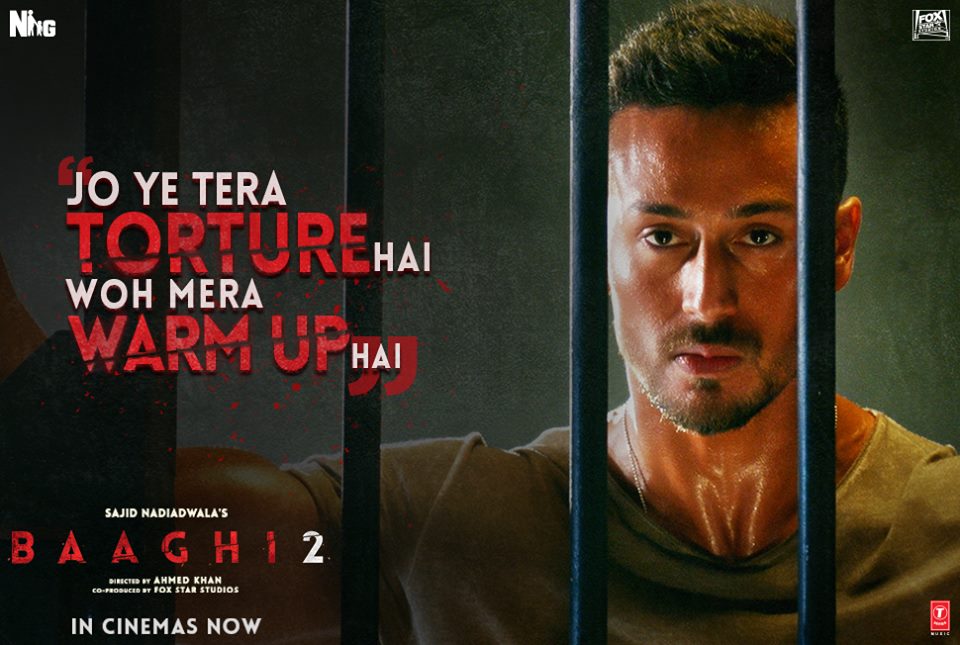 After Salman Khan’s iconic dialogue in films, it is Tiger in the young brigade who has been generating mass hysteria with his latest film Baaghi 2. Ever Since his debut film released, Tiger Shroff has been a trendsetter amongst youngsters for his Punchline dialogues. The actor is currently basking in love and appreciation for his latest released action franchise ‘Baaghi 2’.

His recently released Baaghi 2 has one more dialogue “Yeh jo tera torture hai,  woh  mera  warm up hai” which is been recreated by his fans a lot these days.

Tiger’s debut movie Heropanti had a famous dialogue “Kya karun yaar sabko aati nahi … meri jaati nahi” which was recreated by his fans many times and not just his fans but even he was asked to say that dialogue wherever he would go. Tiger Shroff’s power-packed action has been the talk of the town ever since the film’s release.

The success of the Tiger Shroff starrer has been so tremendous that even Bollywood has gotten to its feet to applaud what the film has achieved. While Hrithik Roshan has already given Shroff the title of the ultimate action hero, Akshay Kumar and Anil Kapoor has also praised the young gun.

Tiger is the youngest actor to cross 150 crore at the Box Office in such a small span of time, leaving behind his contemporaries.

Overwhelmed Tiger Shroff took to his Instagram story to thank his parents and all his Baaghi 2 co-stars who have supported him throughout the film’s journey. The actor also thanked his mentor Sajid Nadiadwala for all the love and support.