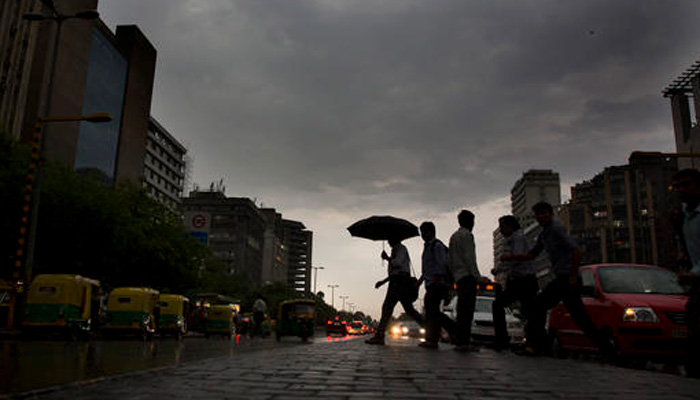 National capital New Delhi and the areas adjoining it have been hit by a thunderstorm and light rain this evening. The National Disaster Management Authority has advised people to try and stay indoors.

Winds with speeds ranging from 50 to 70 kilometres per hour will also accompany the thunderstorm.

The thunderstorm comes just a day after Delhi was hit by a massive dust storm early Wednesday morning. Strong winds, accompanied by dust, struck the city while bringing a sudden decline in the temperature on Wednesday, uprooting trees and disrupting power supply.

It was the second such storm to hit the national capital this week. On Sunday, violent dust storm, followed by rain and lightning had toppled walls and uprooted trees throughout Delhi. Two people were killed in the national capital and 18 were injured in the storm, while one death was reported from Ghaziabad.

After the Sunday storm, the weather department had said that the thunderstorm will continue for the next 48 to 72 hours.

Earlier on May 2, a dust storm wreaked havoc across Uttar Pradesh and Rajasthan, killing more than 100 people, uprooting trees and flattening houses.