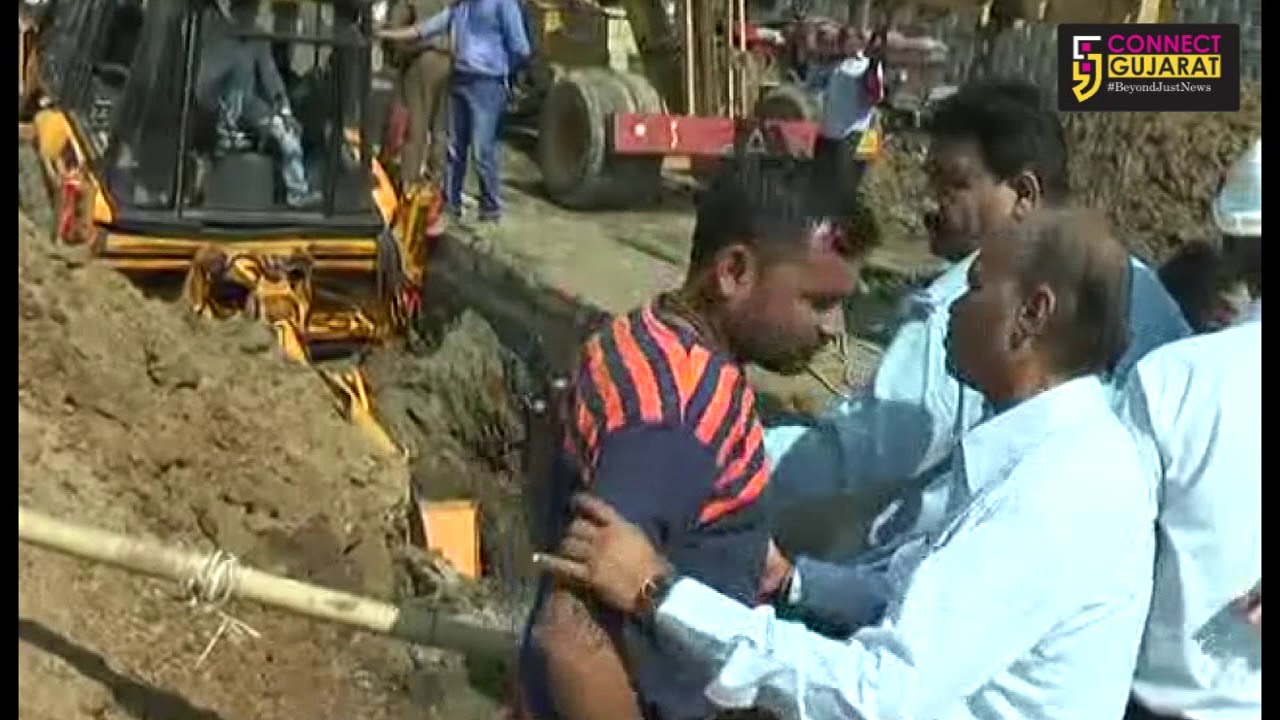 Three workers involving in repairing work to fix the leakage of water pipeline of GSFC trapped inside after the soil caved in on Thursday. The officials rescued the three in quick time after the incident.

The workers are engaging to fix the leakage in GSFC water pipeline near Ranoli village when they were trapped inside after the soil caved in.

The leakage happened on Wednesday and fresh water spreads on the road. To fix it the administration engaged the workers and during the time three of them working in deep inside trapped due to the soil caved in on them. The emergency team reached the spot and rescued all three and admitted them in the nearby medical facility.

However the incident send some serious thinking once again where the workers are engaging in repairing work without any ample security arrangements. Moreover after the leakage in the water line the local administration was also not informed in the time when the city is staring at water scarcity due to the receding water level in Narmada.