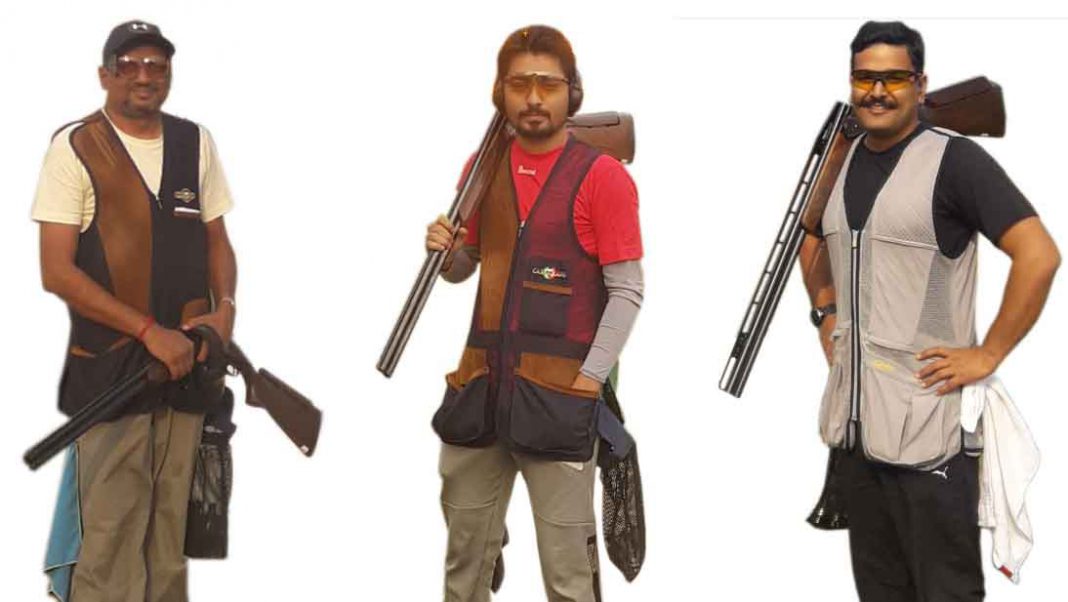 Three shooters Asif Patel, Mehul Patel and Aseem Kumar of the Savli Taluka Rifle Association have become the FIRST persons from Vadodara district to be declared as Renowned Shots in “Single Trap” at the 62nd National Shooting Championship Competition, which recently concluded at Jaipur, Rajasthan. They represented Gujarat state through the Vadodara District Rifle Association.

Single trap is an Olympic game wherein a clay disc flys in unknown angles away from the shooter at speeds of over 100 mph.  The shooter has approximately 1.5 seconds to aim and shoot down the disc.  The shooters need to play a game of 125 such discs over a period of 3 days, testing their mental and physical ability to maintain peak performance.

The first time this game received the nation’s attention was when present Union Sports Minister, Col. Rajyavardhan Singh Rathore won India’s first ever Silver medal at the Olympic Games in Athens in 2004.

06 BN. NDRF jawans show their solidarity to beat the darkness arise from Coronavirus

WR achieved best ever performances during 2019 – 20

06 BN. NDRF jawans show their solidarity to beat the darkness...

Vadodara district administration implement cluster quarantine in and nearby areas of...

WR achieved best ever performances during 2019 – 20

Male from Nagarwada in Vadodara tested positive of Coronavirus

One more Corona positive patient discharged from hospital in Vadodara