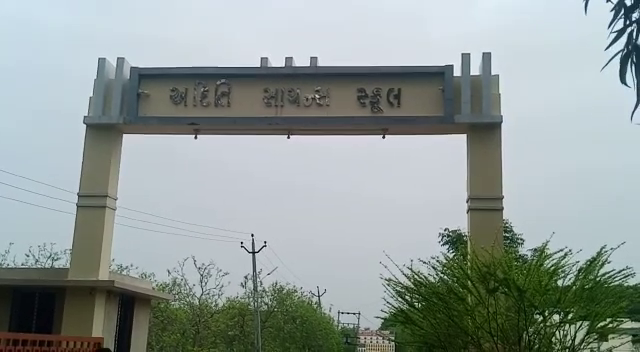 Failed to find any cash whole incident captured in CCTV

Three robbers having their face covered entered the Aditi Science school on Padra Karjan road with an intention for theft. However after attempting so many times they failed to find any cash and other valuable items and return empty handed. The whole incident was captured in the CCTV and police is further investigating in the matter based on the footage.

As per available details the unknown robbers with their faces covered entered the school from the main gate and later tried to search for cash and other items after broke open the doors of the office, staff room, classrooms and others. However they failed to find any cash after scattered the things.

The whole incident came to light after the staff reached the school and shocked to see the robbers searching for the cash inside the officers and lockers. They immediately inform the police about the attempted robbery inside the school.

Padra police reached the spot with dog squad and finger print experts tried to identify the accused. The robbers also target a house in nearby society and Padra police is further investigating in the case.