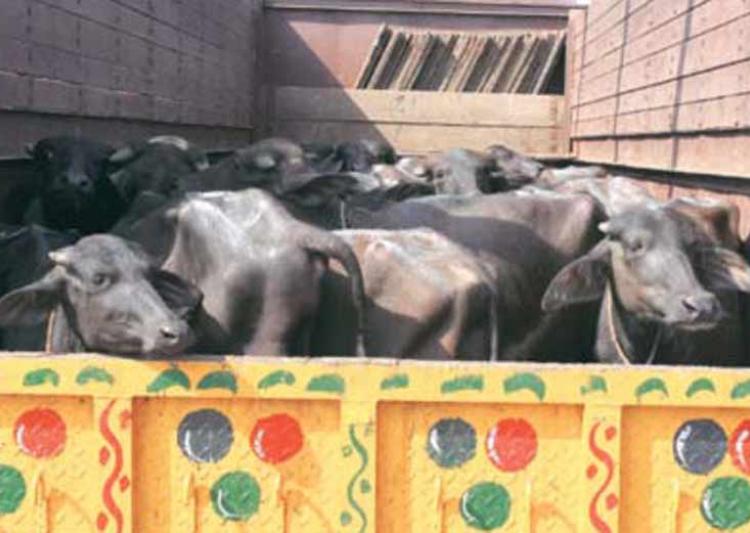 According to some accounts, a few members of animal rights group People for Animals (PFA), which is headed by Union Minister Maneka Gandhi, were also involved in the assault.

The incident occurred on Saturday late night in south Delhi's Kalkaji area after police was informed by PFA activist Gaurav Gupta about the buffaloes being taken to Ghazipur slaughterhouse in east Delhi.

All the 14 buffaloes were rescued and the vehicle carrying them has been impounded, police added.

However, eyewitnesses said that a group of five to six PFA activists allegedly beat up Rizwan, Kamil and Ashu after stopping their vehicle near Kalkaji temple, while three others, said to be butchers, reportedly escaped from the spot.

Rizwan and Kamil, residents of Haryana's Pataudi, and Ashu from Uttar Pradesh's Mathura in Uttar Pradesh, were admitted to AIIMS trauma centre from where they were later discharged, police said.

"It was not a case of illegal transporting of cattle but carrying them in a cruel and inhuman manner. Two FIRs have been registered in the matter. One for cruelty towards animals and the other against unknown persons for assault," said Police sources.

However, sources denied that PFA members assaulted the men transporting the buffaloes and claimed it was some locals, enraged after seeing the animals being transported cruelly, who attacked them.