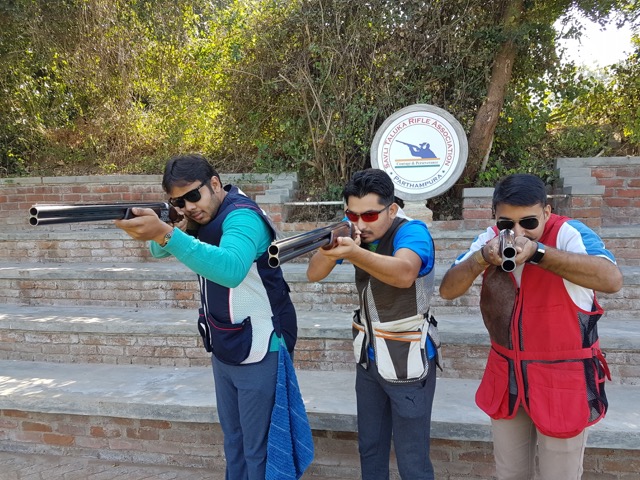 The Govt. of Gujarat included the Olympic sports of “Single Trap” & “Double Trap” for the first time this year in its Khel Mahakumbh sports extravaganza. The competition was held at ARASA (Aamsaran Rifle & Adventure Sports Academy) at Mehmedabad from 1/12/16 to 7/12/16. The competition was inaugurated by Kuldeep Arya, District Magistrate, Nadiad and the Prize Distribution was presided over by Manoj Daxini, Commissioner, Sports, Youth & Cultural Affair, Govt. of Gujarat. The Ahmedabad District Rifle Association organised this competition for the first time in Ahmedabad district where shooters from all across Gujarat came to compete in a friendly spirit of fair sportsmanship.