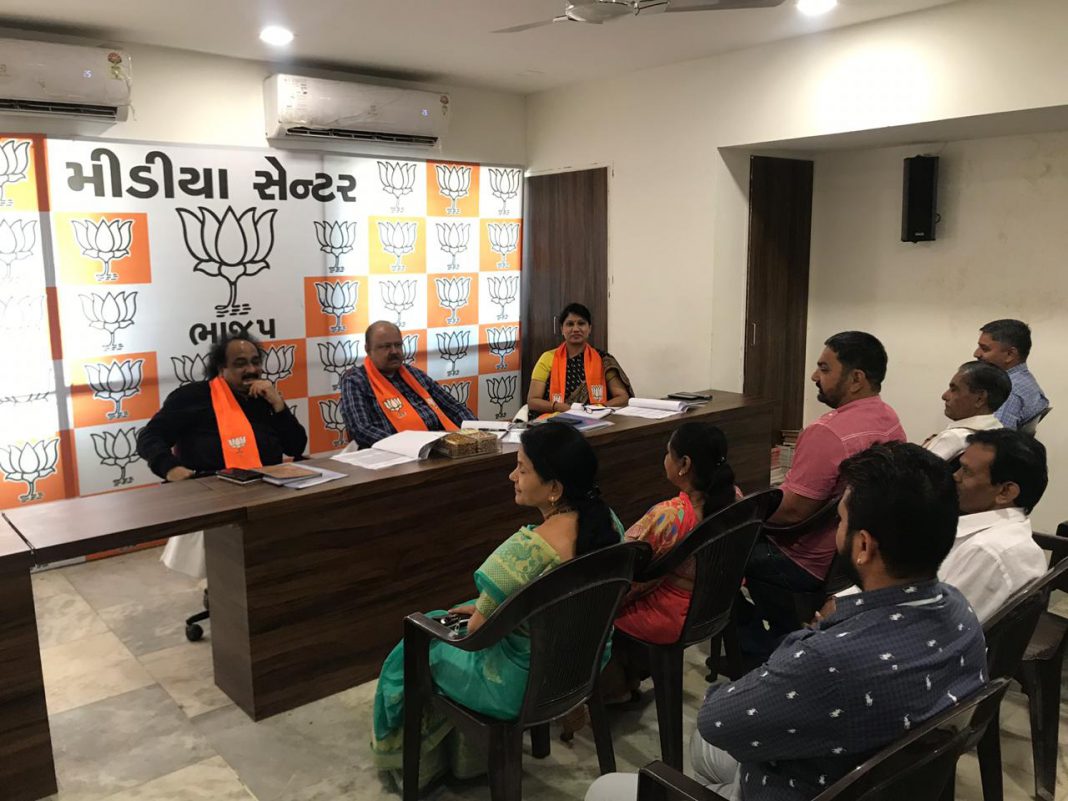 Team of Jay Narayan Vyas, Pankaj Desai and Darshana Vaghela will meet the members at the party office and discuss the tactics for the elections.

In view of the upcoming Loksabha elections the three member observer team reached Vadodara to get suggestions from the local leaders and party members. The team of Jay Narayan Vyas, Pankaj Desai and Darshana Vaghela met the members at the party office at Manubhai tower and discuss the tactics for the elections.

During the meeting Pankaj Desai said if Narendra Modi again contest from here he will win with more votes then the last time. The supporters also want that he contest from here but it’s up to the parliamentary board to decide. The BJP members can meet and approach their queries. Present MP Ranjan Bhatt also done good work during her tenure but our work is to present the report at the parliamentary board.

Jay Narayan Vyas also said this is the first phase of elections and the candidate for Vadodara will be decided in the parliamentary board. They will meet members from the city and district and take their suggestions during the whole day exercise.