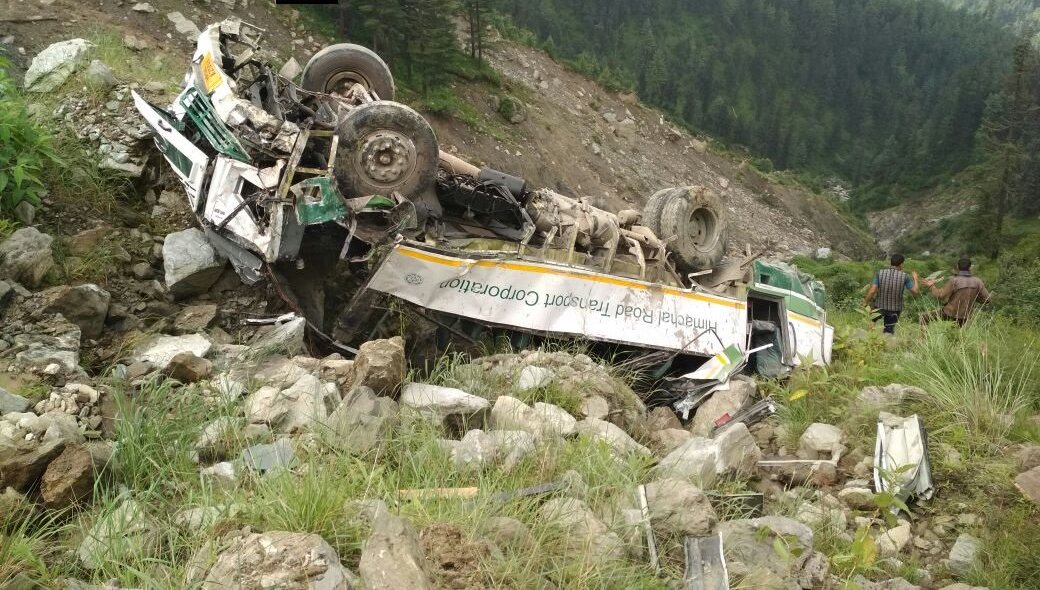 Three persons were killed and 10 others injured on Tuesday when a government bus parked on a roadside slipped down a slope and fell into a gorge in Himachal Pradesh’s Kullu district, police said.

Rescuers at the spot said they feared more deaths.

The driver was standing near the bus along with the conductor when it started to move and rolled down near Khanag on the Ani-Jalori Pass, police official Gian Singh told IANS on phone.

Witnesses said locals began rescue operations even before authorities could reach the spot.