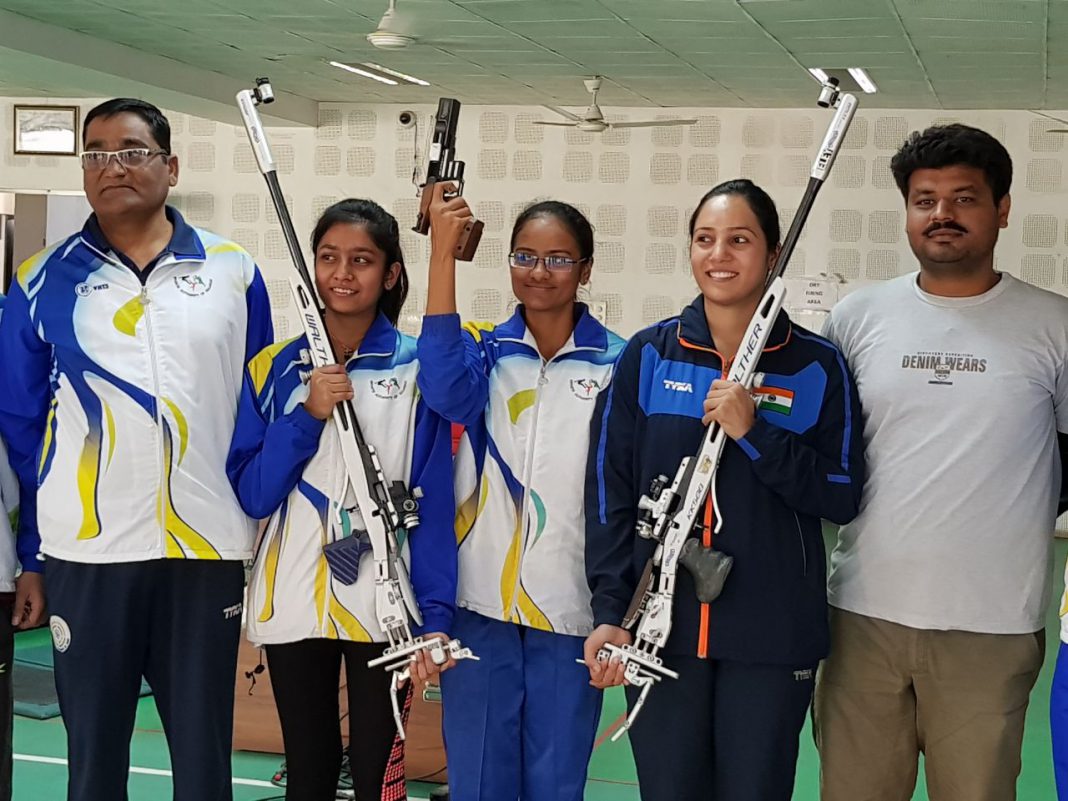 Hema K.C. in 50mts Rifle three position, Shaileja Patel in 10mts Air Rifle and Vishwa Dahiya 25mts Sports Pistol Junior Women get selected in the National squad. Now all of them are eyeing international tournaments with an aim to qualify for the olympics. 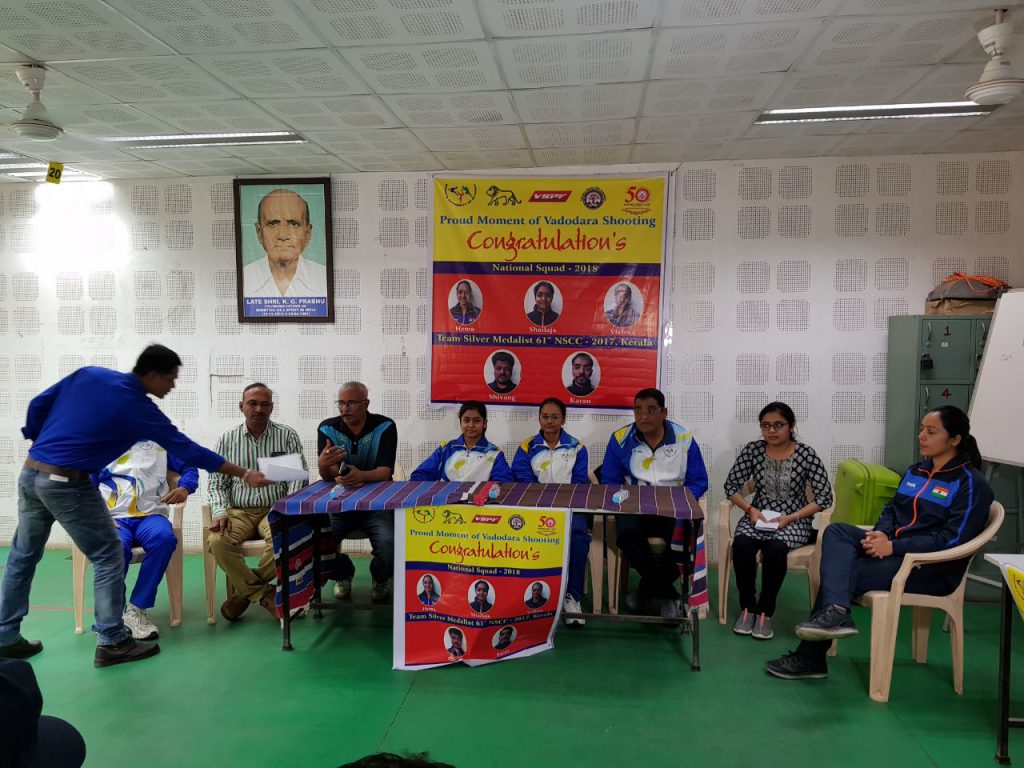 “I am playing at national level for many years with 6th overall ranking. Now once again I am selected in the squad with an aim to break into top 3 in rankings. Secondly iam eyeing the International tournaments like Asian games and World championship to make the country proud,” said Hema. Hema is working in the Income Tax department and get the support to play in the tournaments.

Vishwa originally from Rajkot qualify and selected in the National squad in Pistol. She is very excited on her selection and now eyeing to qualify for the olympics. 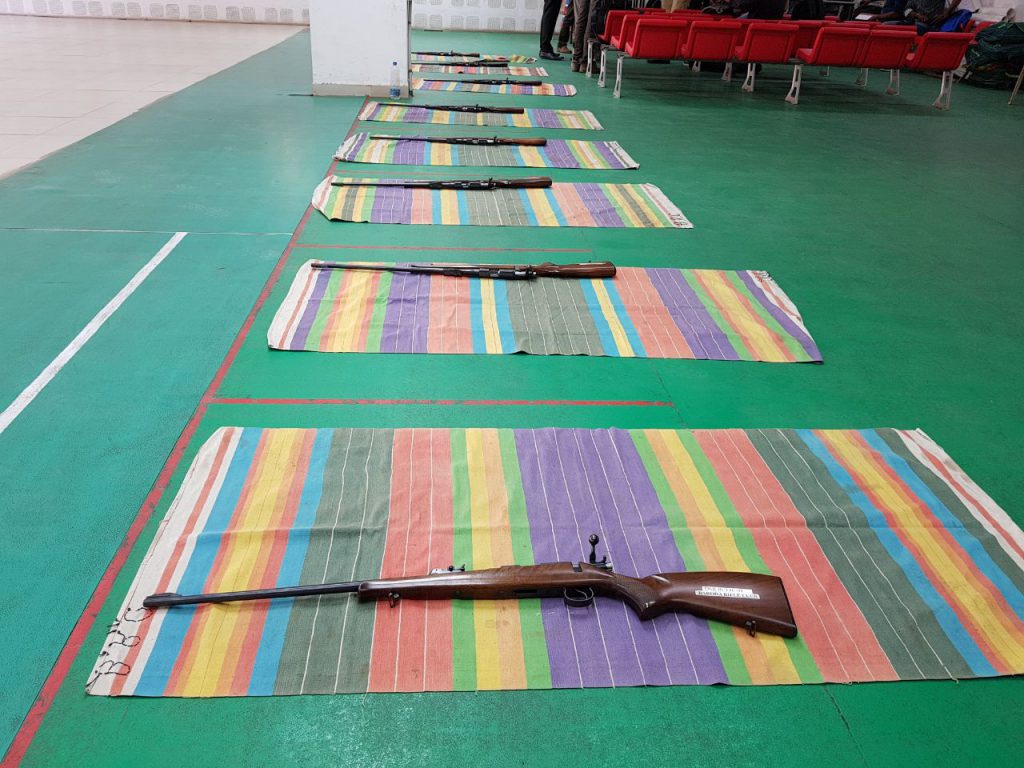 Shooting is a very expensive game and the organisers are putting focus on personal coaching for the players to perform at international level.

“This is indeed a proud moment for us as in the club’s history of last 50 years this is for the first time three students get selected in the National squad. They all are good players but we suggest for personal coaching to them which help them to work on their game and they can perform at the International tournaments. We also plan to approach the government to help them financially to get personal coach,” said Deepak Halwai General Secretary Baroda District Rifle Association and Honorary Secretary Baroda Rifle Club. 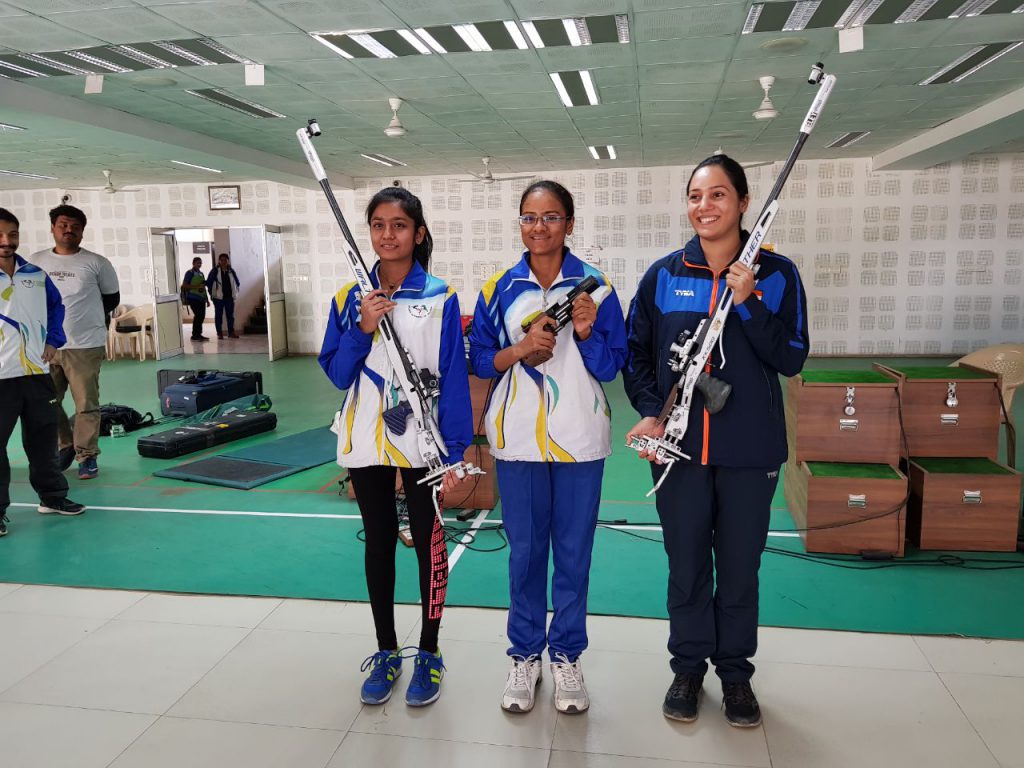 All the players are taking training under instructions of expert Rifle  coaches of SAG.